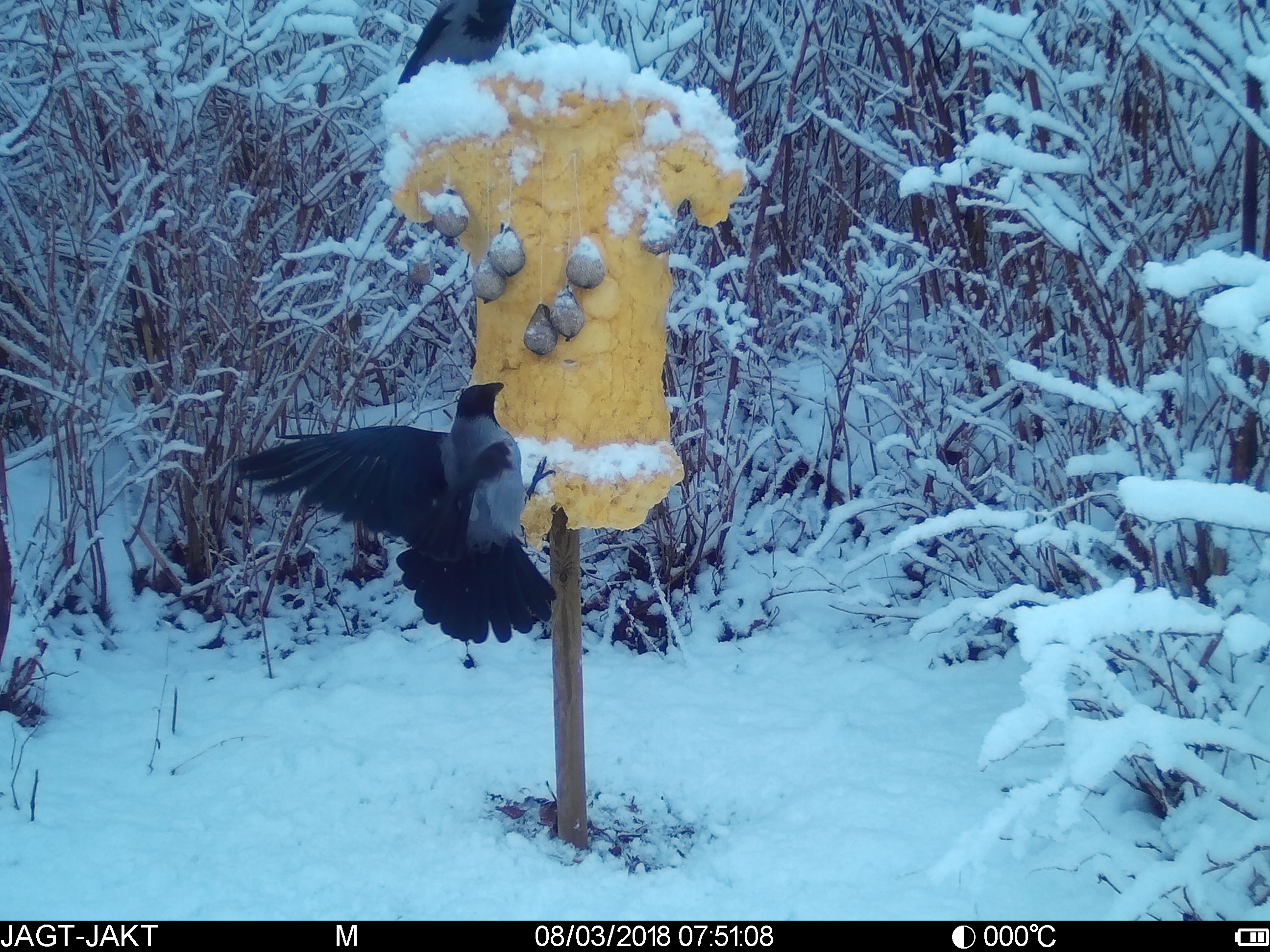 The photographs seen on this page were taken by a game camera, a type of surveillance camera typically used by hunters. Game cameras can have different functions, but generally are able to automatically take photographs when they register movement. This can be used to confirm the presence of game like deer or boars in an area.

For 7,5 months I had a game camera installed in a remote, outdoor location. The camera was pointed at a sculpture – a polyurethane cast of a human torso. The sculpture was scented with aniseed oil, which attracts deer and other ungulates/hoofed animals, and was later also equipped with fat and seed balls to attract birds.

Whenever an animal approached the sculpture, the game camera took a photograph. These photographs were then automatically sent to an email address. From here, they could be distributed further – e.g. they were sent to a list of email recipients and have been used in exhibitions.

The premise of the work is this: When shown in exhibitions and through emails, the work addresses a human audience. But in order for the work to be accessible to humans at all, it first had to attract the interest of animals. Without this, the work would produce no images and couldn’t be diffused beyond its physical location.

In total, the work generated a total of 722 photographs plus a handful of video recordings from October 2017 until May 2018, which was when the game camera was taken down.

663 of these photographs can be viewed in a pdf by clicking here.

The photographs can also be viewed in 2 different time lapse videos, a short one with 25 frames/second and a longer one with 2 frames/second. Both videos can be viewed at the bottom of this page.

REMOTE Images was first shown as a video for my exhibition REMOTE at KRÆ Syndikatet in Copenhagen, DK. After that, and while the game camera and sculpture were still installed, it was shown as photographs distributed through emails. It has also since been shown as a slideshow of photographs for the exhibition Fundament at ORGANON Exhibition Space in Odense, DK. 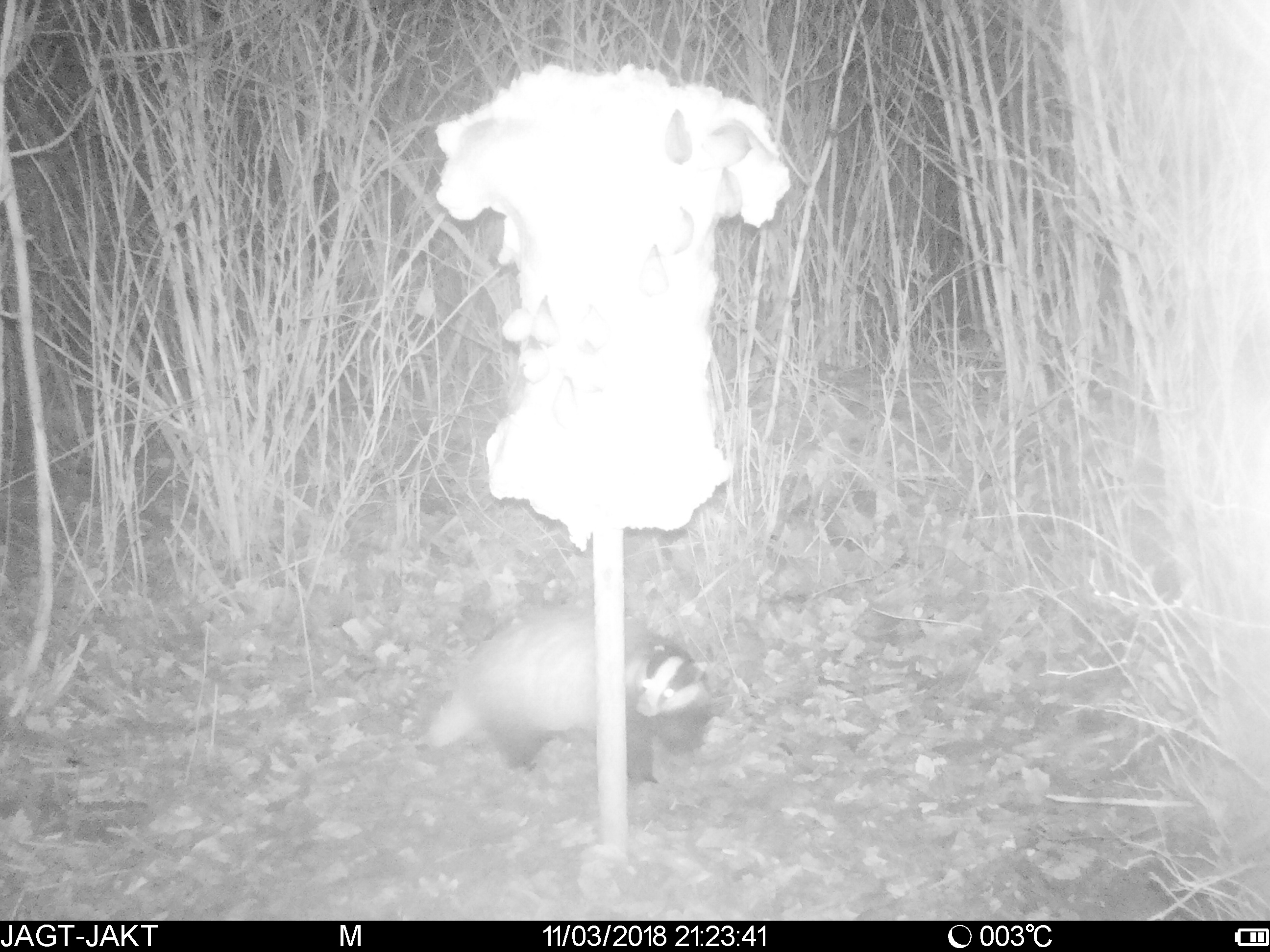 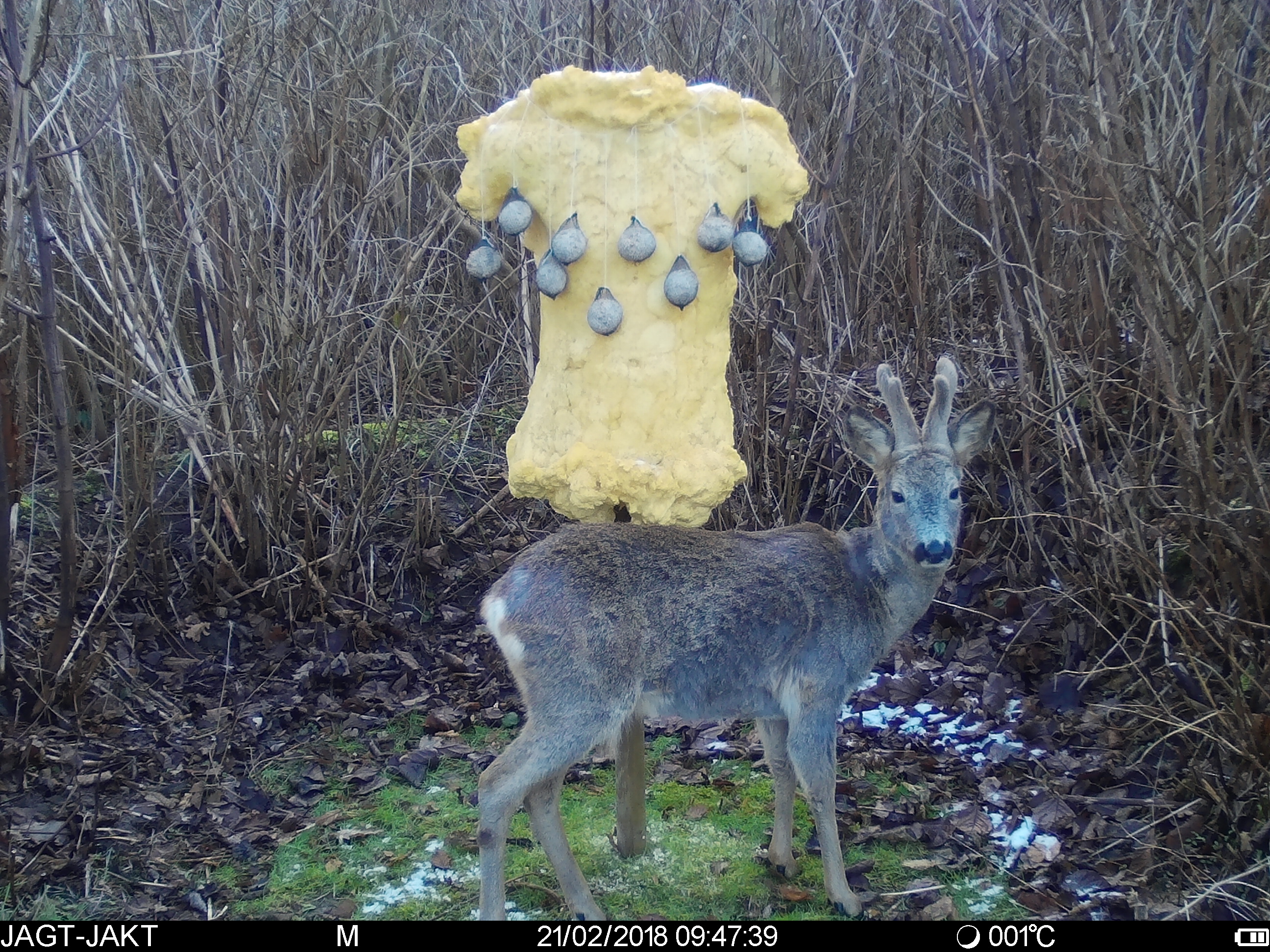