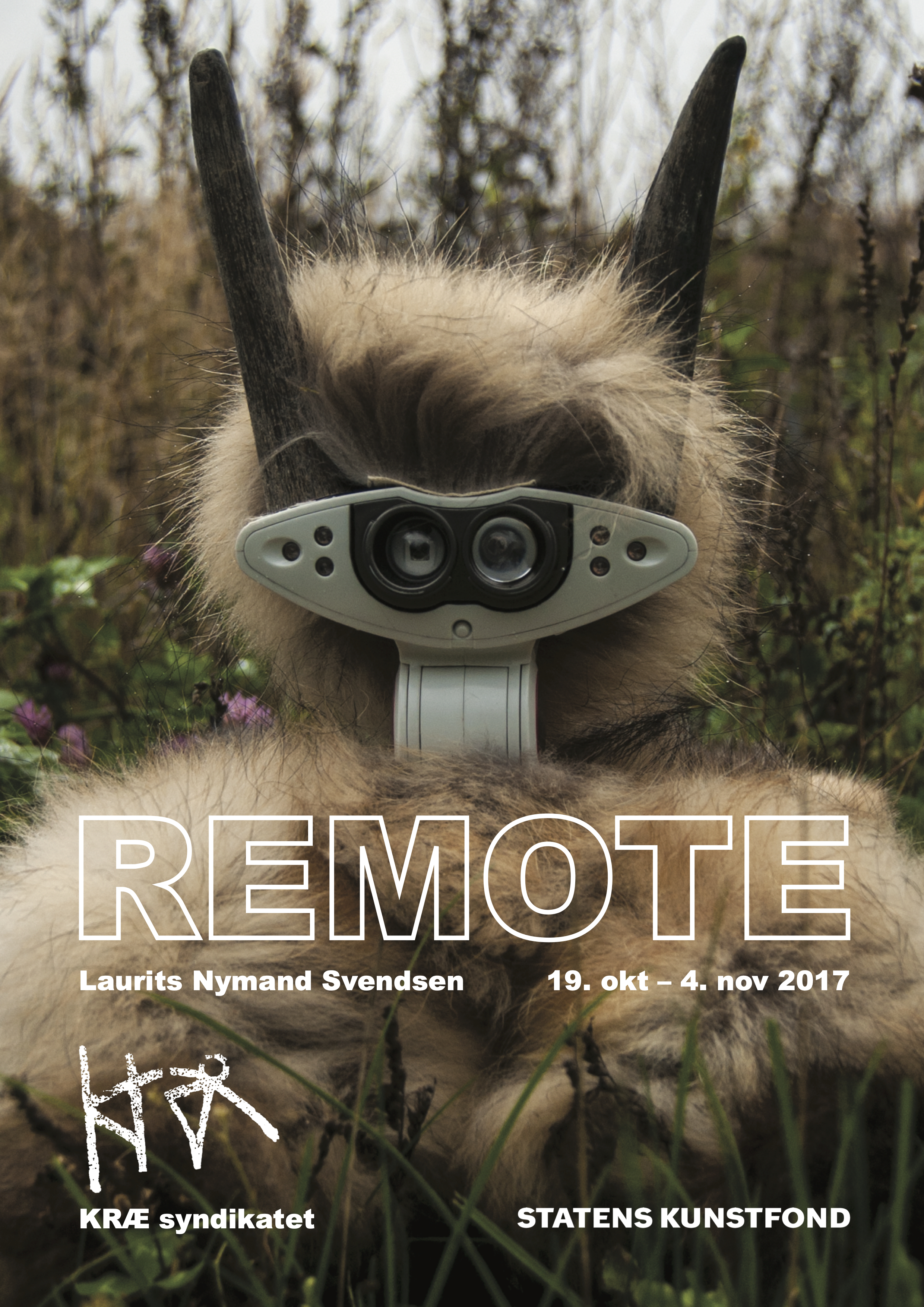 The exhibition REMOTE was shown at KRÆ syndikatet in the old Meatpacking District in Copenhagen. During the exhibition, the space – an old stable, still with troughs and pickets – was home to robots with fur, feathers, and bones (one of these robots stars on the exhibition poster above), casts of animals and holes, videos, paintings made by reptiles etc. The works in REMOTE revolve around naturalness – about imitating and mixing up objects that appear natural or artificial. For example, are the robots only dressed up as animals – or could they equally be seen as animals dressed up as robots? Is the hydra – a microscopic polyp that stars in the video work Dance of the Hydra – less natural because it seemingly doesn’t age? The idea of the works in REMOTE was to challenge categorizations of the natural and the artificial.

Furthermore, REMOTE was a ”remote controlled exhibition”. The works themselves were hidden behind a plastic sheet, and as a visitor to the exhibition you wouldn’t experience them directly (unless you were very peeky). Instead, the whole exhibition was seen through the camera of a remote controlled robot. The robot would send live video and was controlled through a smartphone interface. As such, the robot was obviously designed to be used by humans, and to be used fairly intuituvely. However, to an extent visitors to the exhibition must also submit to the “nature” of the robot: Its body crawling along the ground on caterpillar tracks and its vision pixelating and making everything appear bigger and further away. In order to navigate through all of the exhibition you must get to know the robot.

A single work was shown outside of the plastic sheet enclosure. Far away from the exhibition space stand a game camera and a sculpture of a torso. The sculpture is covered in aniseed oil which attracts deer and other hoofed animals. The camera, which points towards the sculpture, takes a photograph whenever it registers movement, and the photographs are automatically forwarded to an email list. The work is live and continues so far indefinitely (send an email to remoteimages@hotmail.com to receive the photographs). In the exhibition and on email, the work addressed/addresses humans. But outside – at the physical location of the camera and the sculpture – the work is just as much for animals. In fact, the work needs the interaction of animals to be able to address humans at all.

REMOTE was curated by Elena Lundquist Ortíz and made with funding from The Danish Arts Foundation. 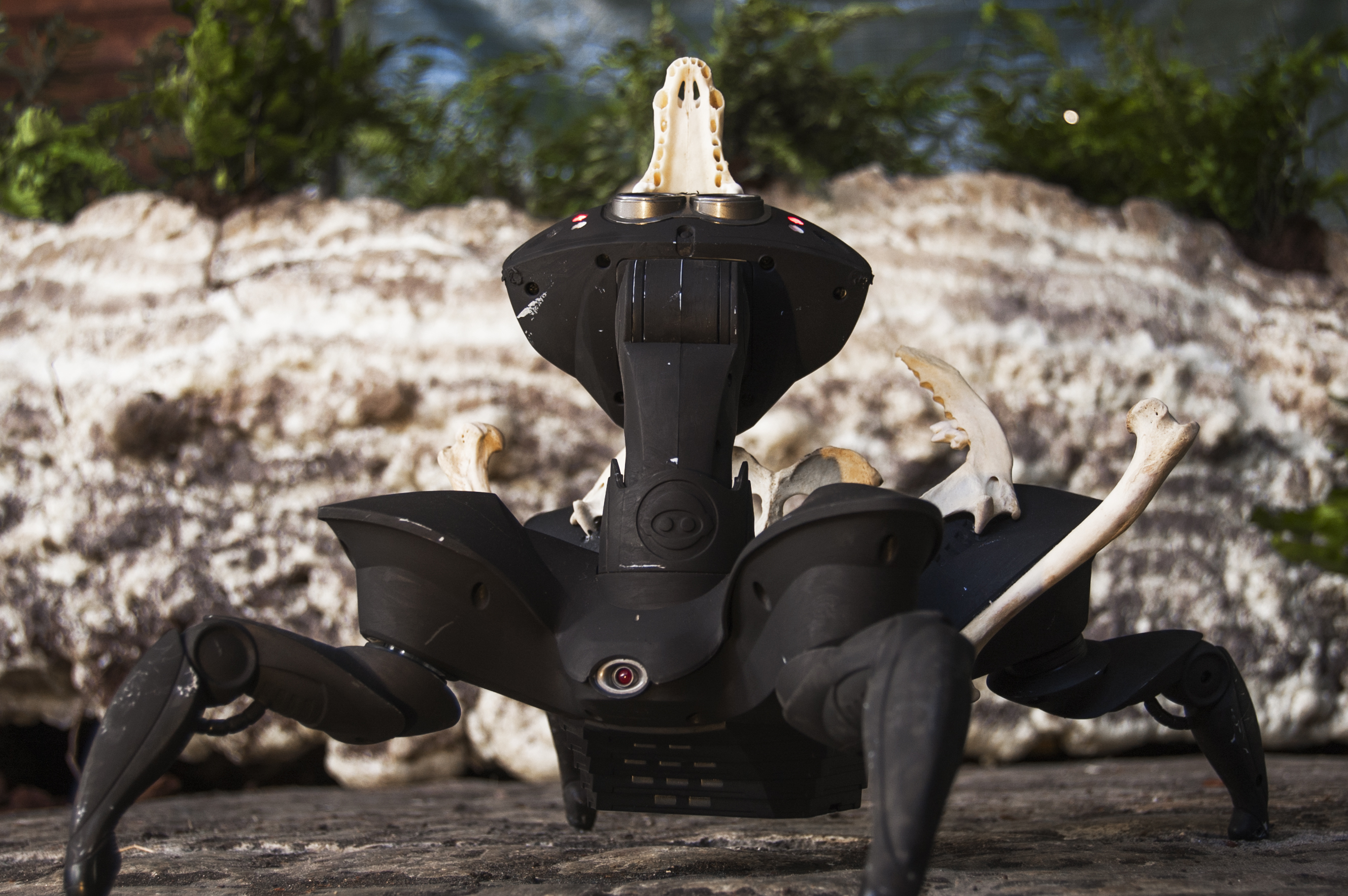 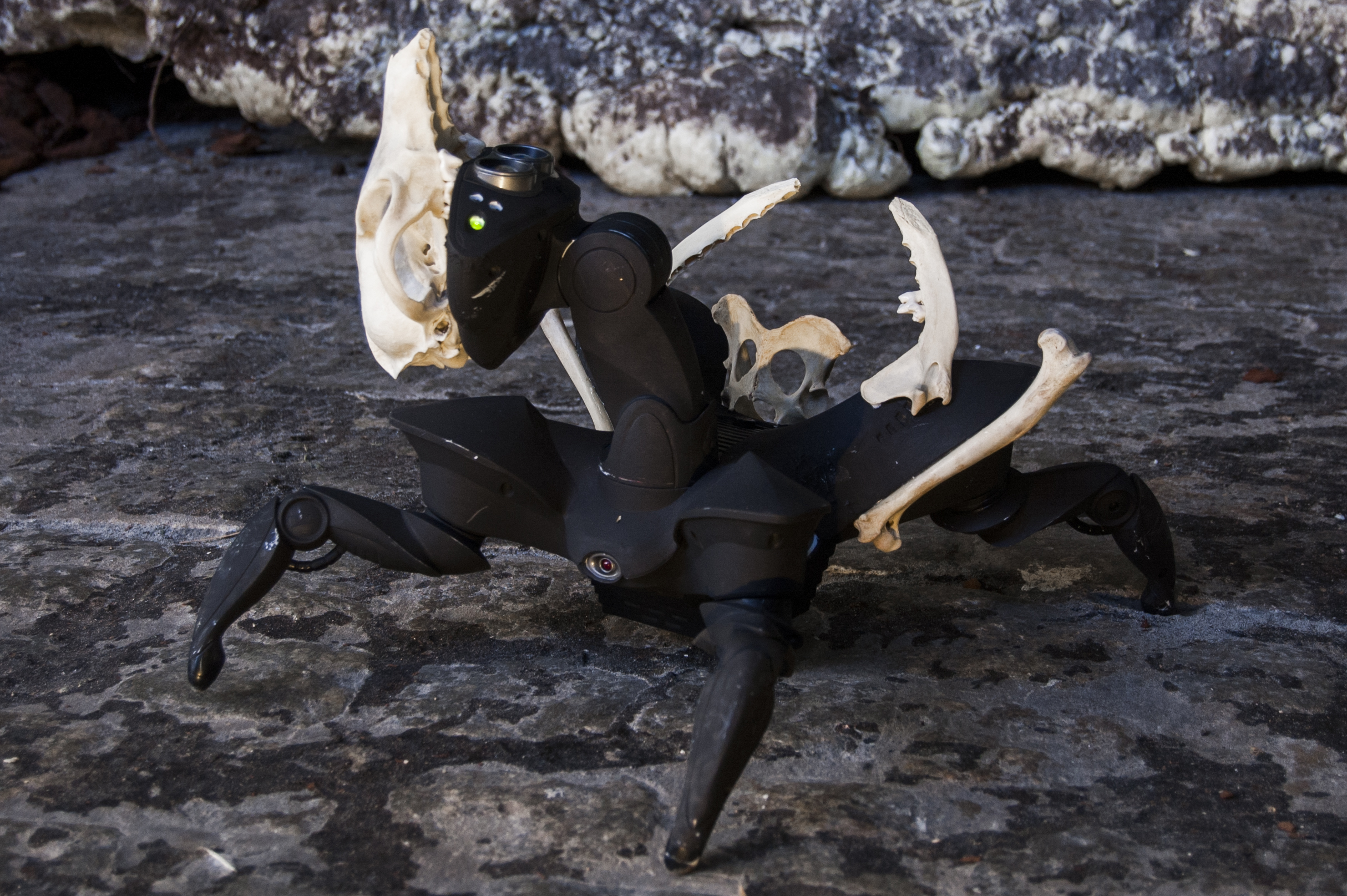 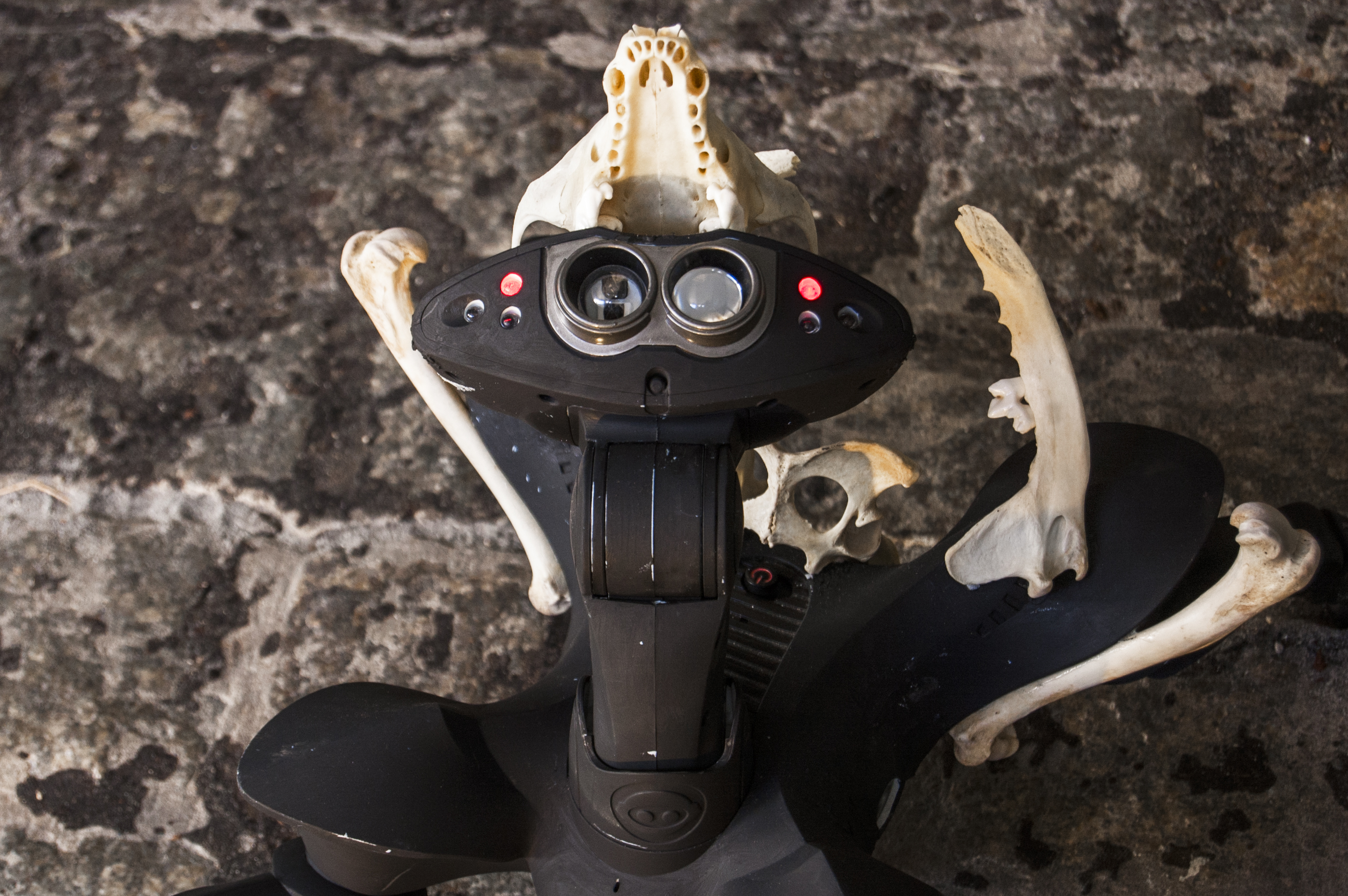 However, as the skull increases the weight of its head it is often found staring upwards 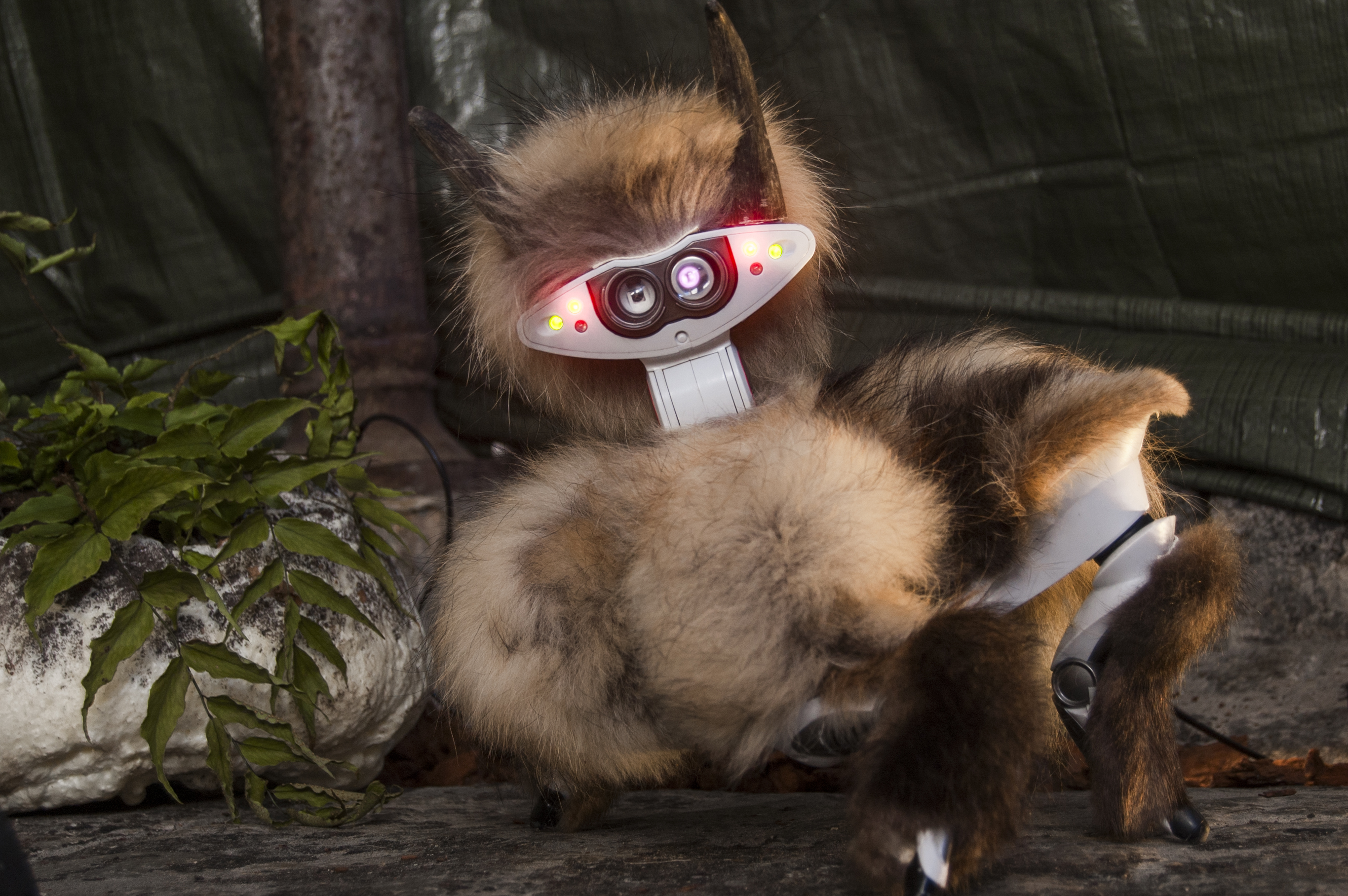 Robobeast. The warm fur and heavy horns change the movement and behaviour of the robot 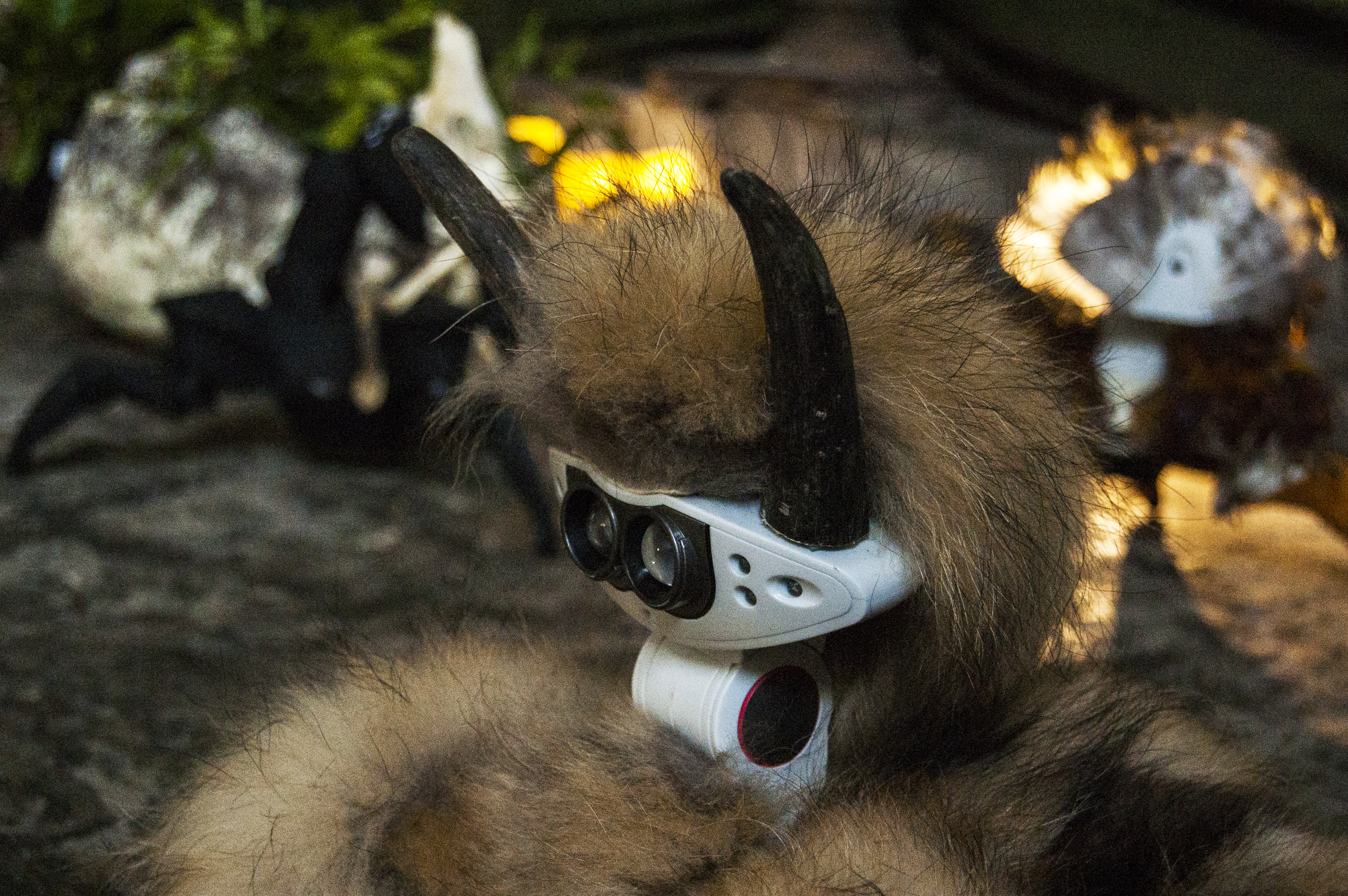 Some of the robot’s sensors can also be covered by fur, making it sometimes blind to its surroundings 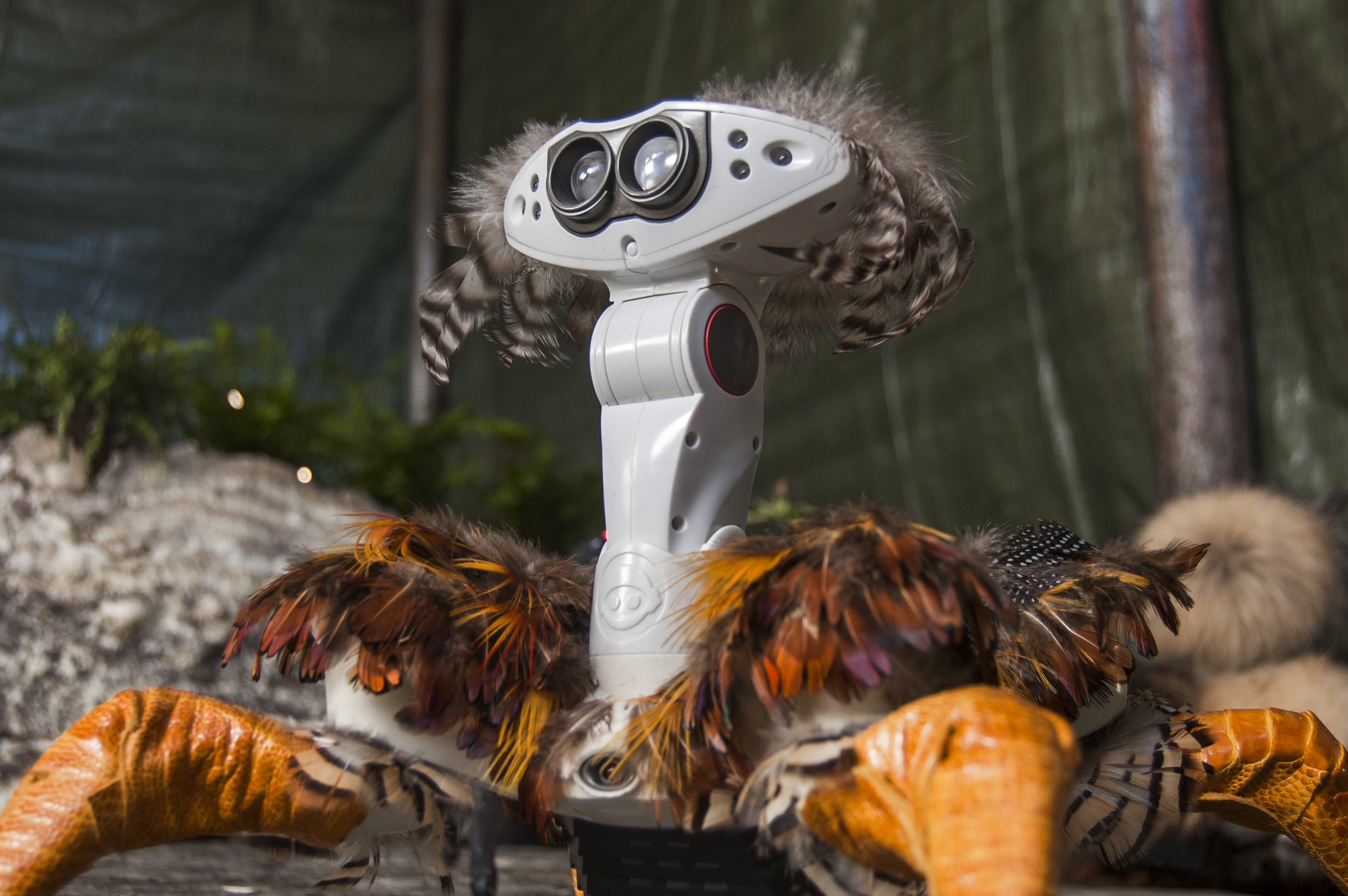 Roboraptor in feathers. Once activated, the 3 Roboquads move on their own and react to their surroundings with different levels of aggression 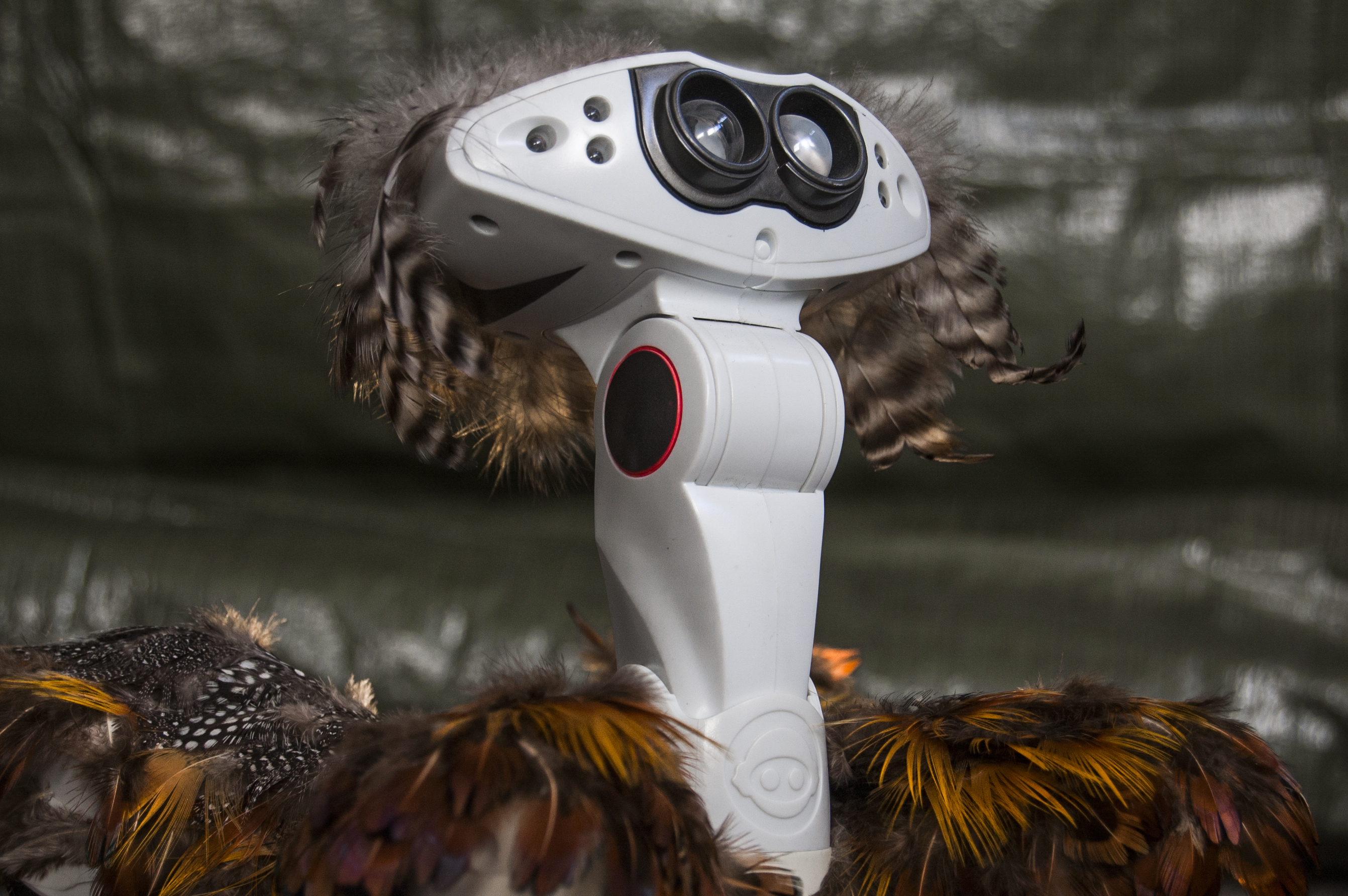 Roboraptor often seems to be gazing at an inner horizon 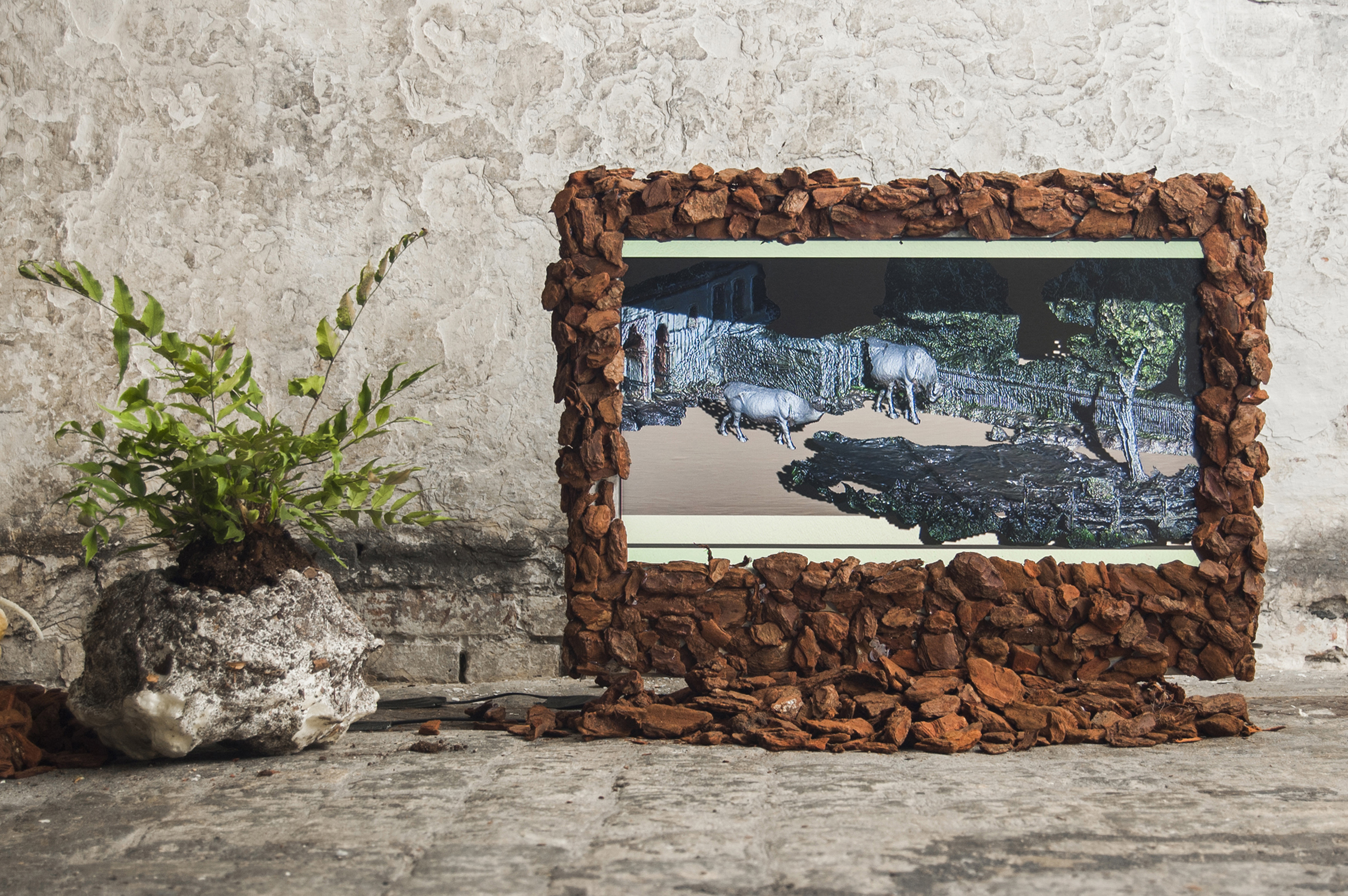 4 video works play on a monitor clad in bark. Here is a still from Stone Zoo featuring animations of animal sculptures 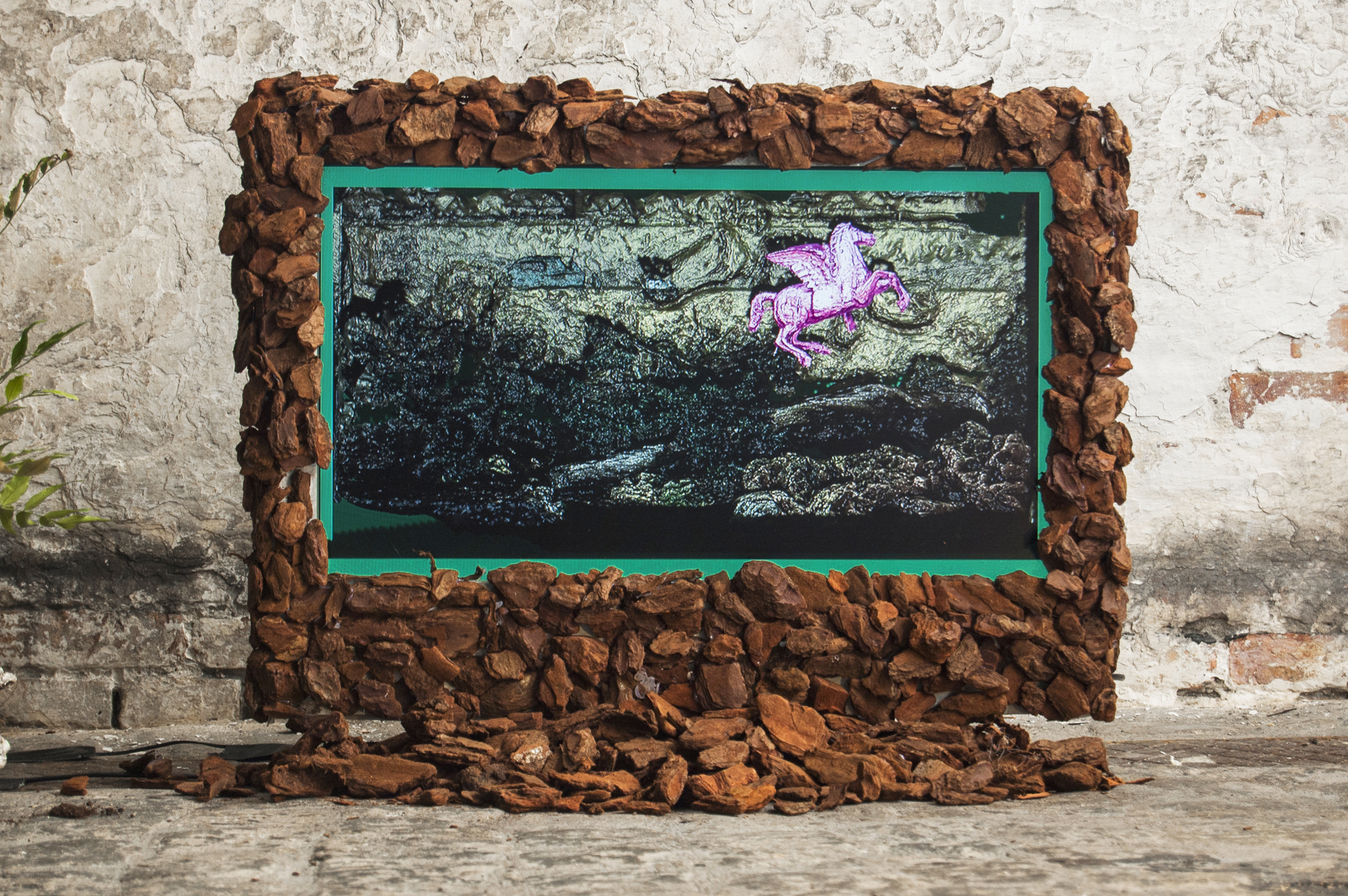 The marble and granite animal sculptures are reproduced as 3D models and given joints, weight, and movements 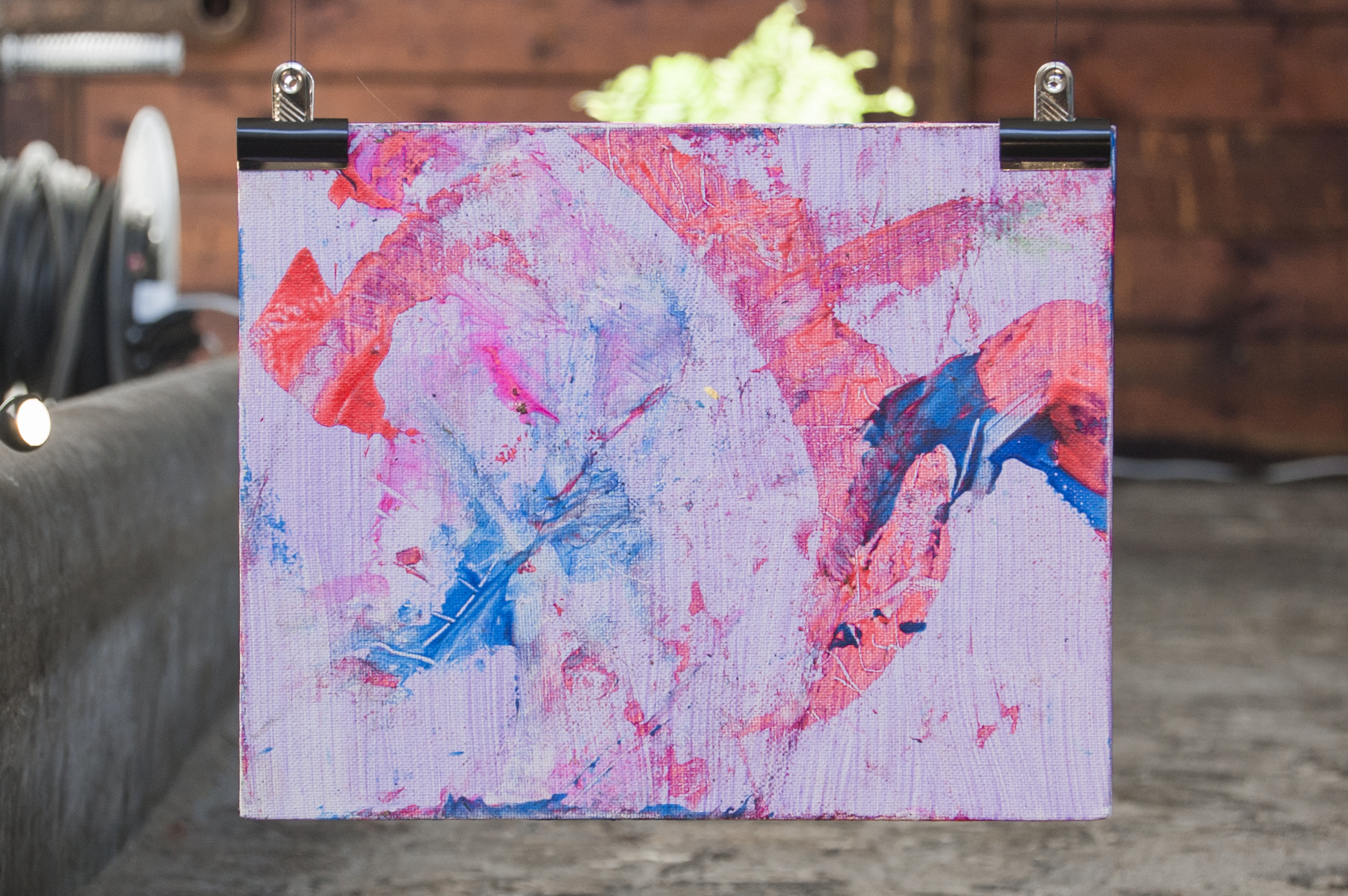 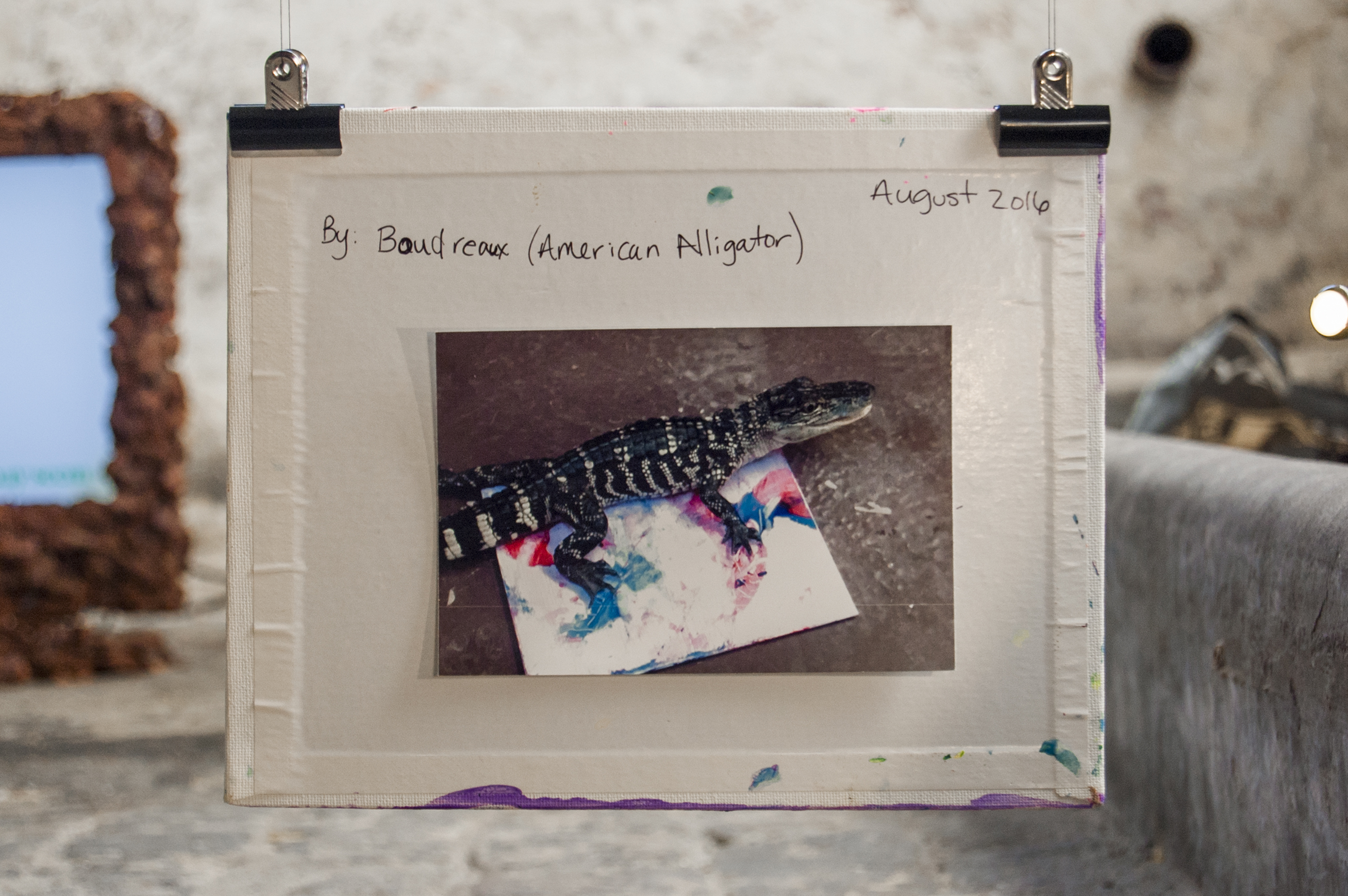 A painting by Boudreaux (American alligator), 2016. 1 of 3 paintings made by different zoo inhabitants, showing marks from their claws, tails, and scales. On the back of the painting is shown documentation of the work in progress 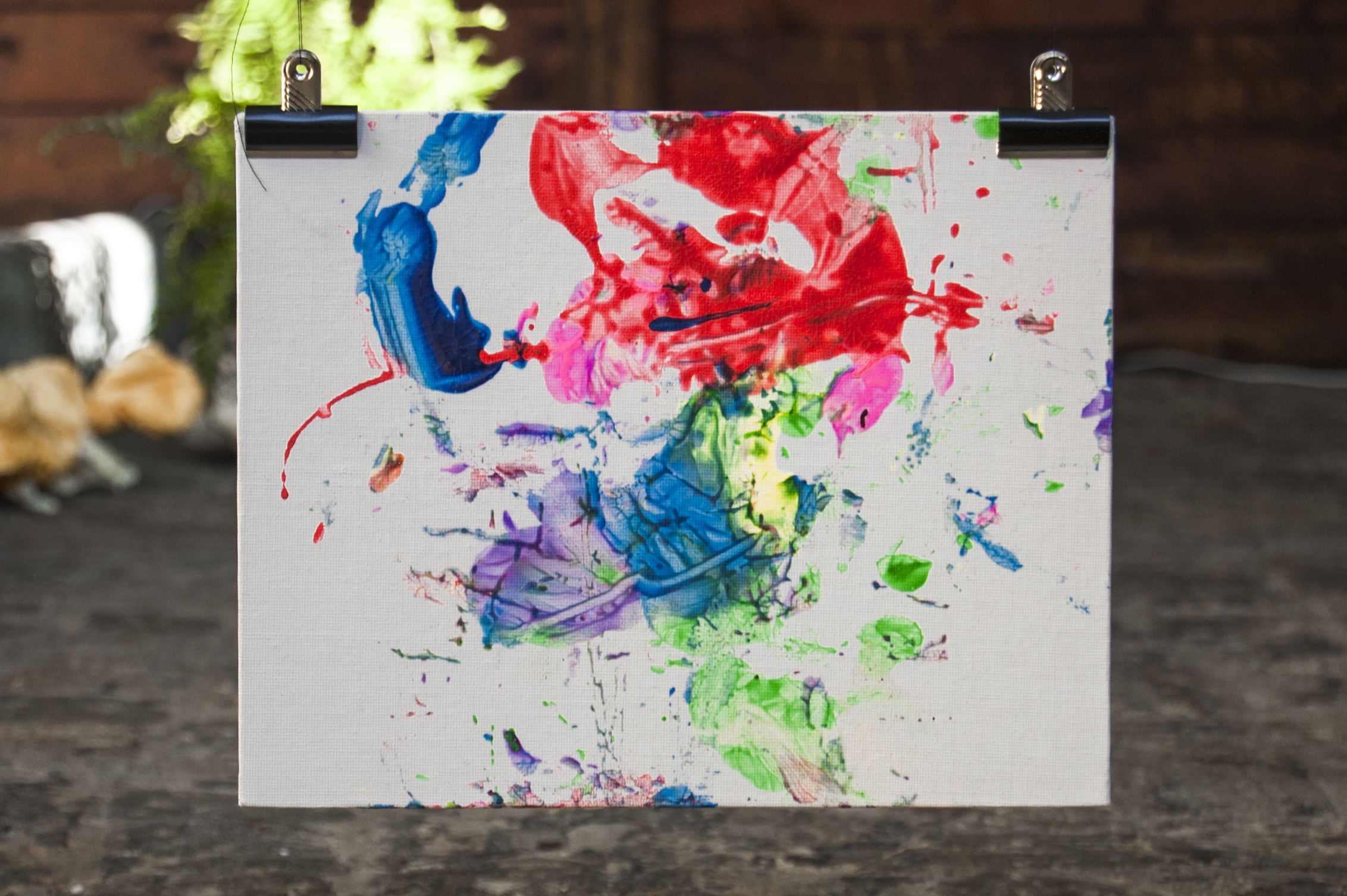 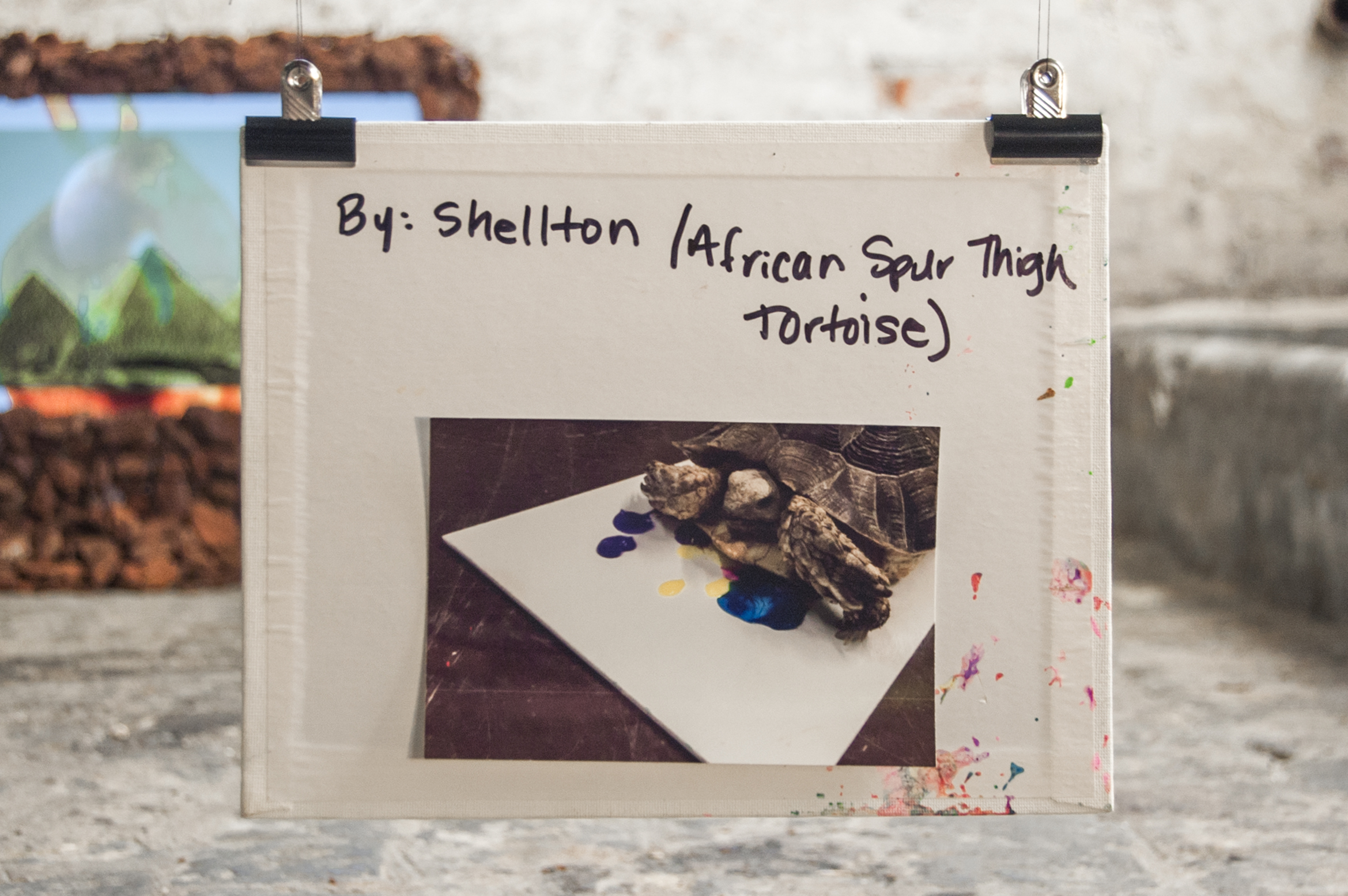 A painting by Shellton (African spur thigh tortoise). Shellton seems hesitant make its next move. Seemingly, the painting in this photograph is not the same as the one it is attached to 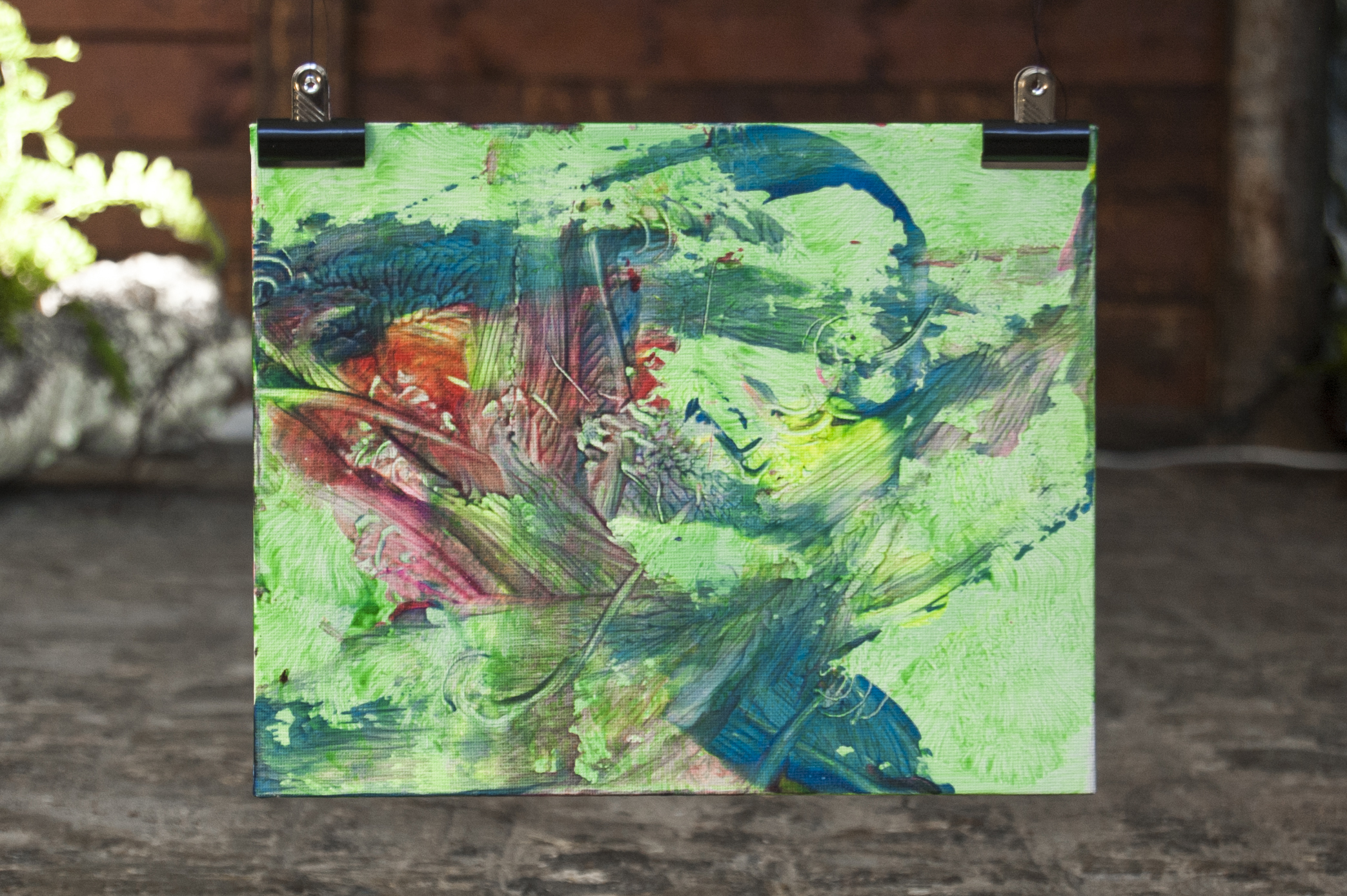 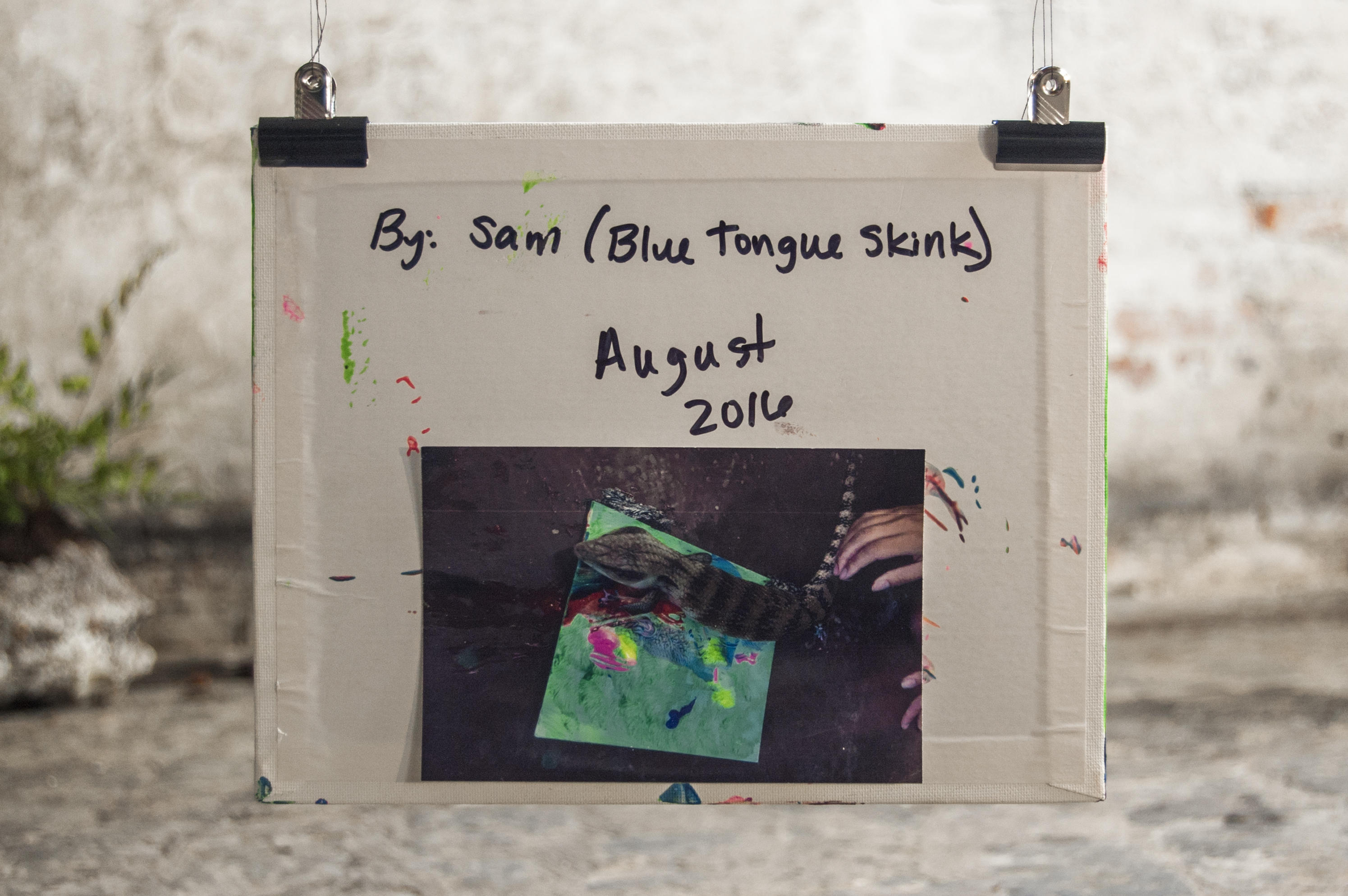 A painting by Sam (blue tongued skink), 2016. Sam is creatively mentored by, presumably, a worker at African Safari Wildlife Park in Port Clinton, USA, where the paintings were bought 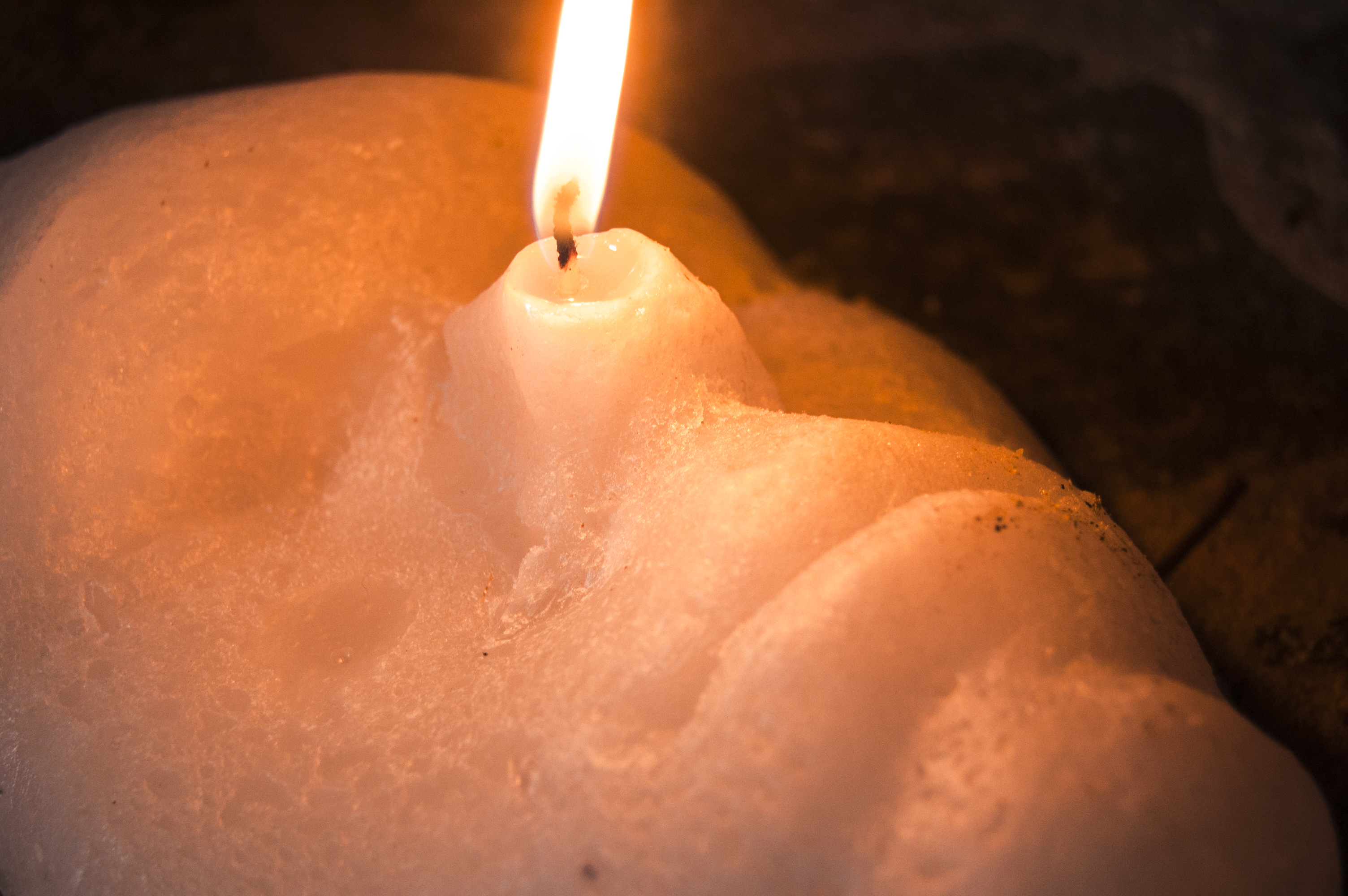 The details of a face cast in wax slowly burn away, leaving a hole in down the center of the sculpture 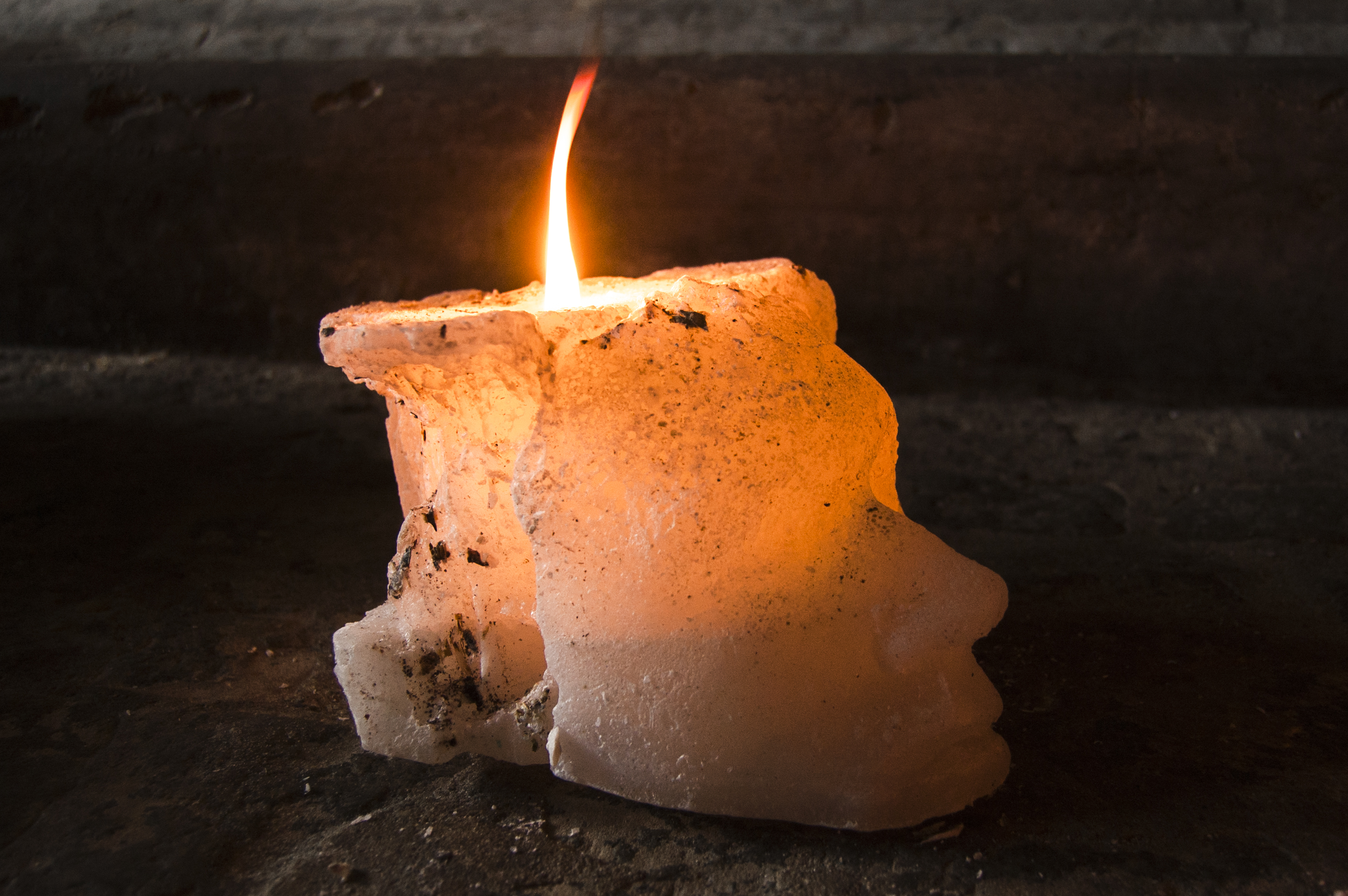 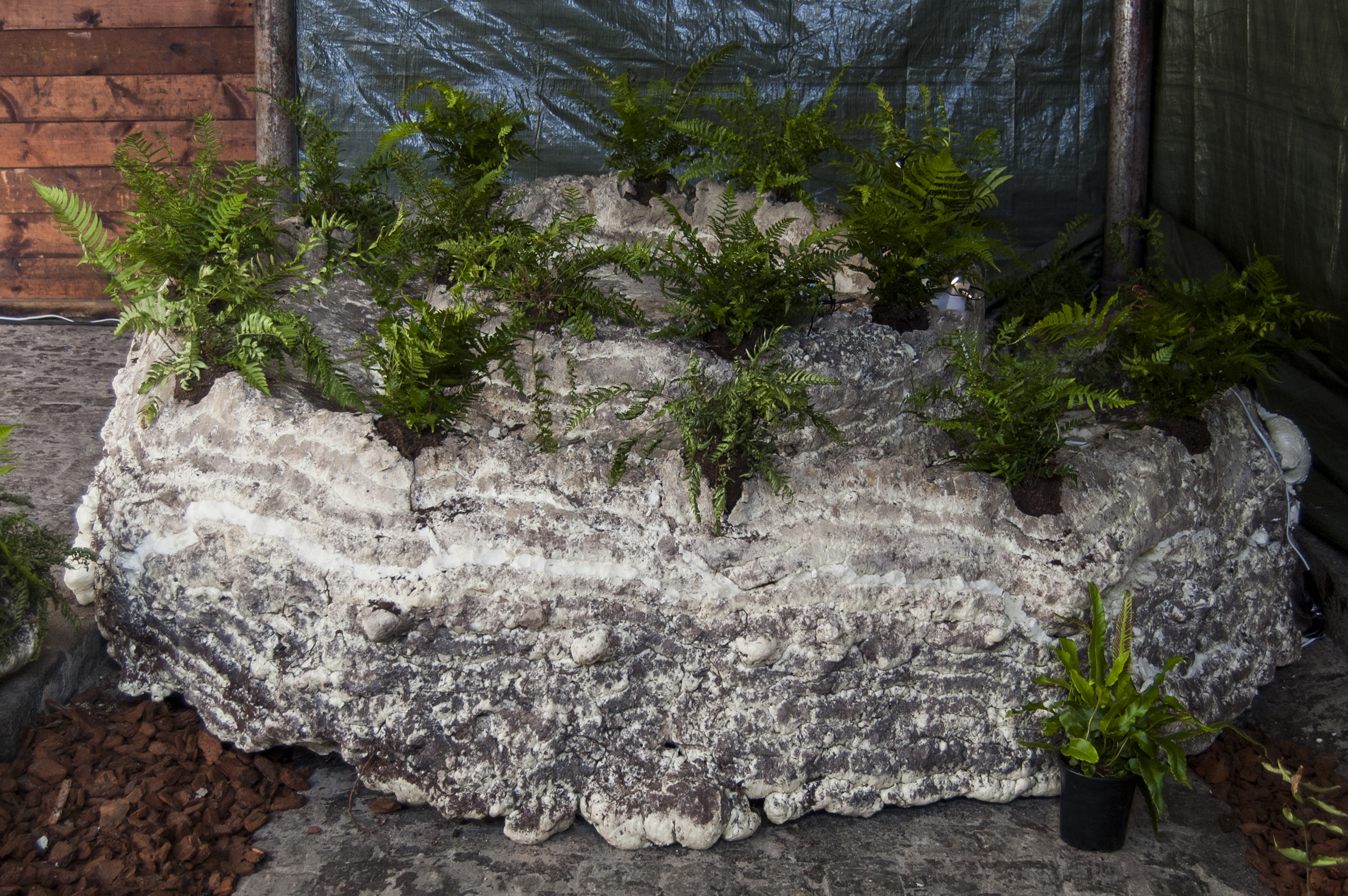 A cast of a hole becomes a mountain. Reaching its summit with the remote controlled robot is the greatest challenge in the exhibition 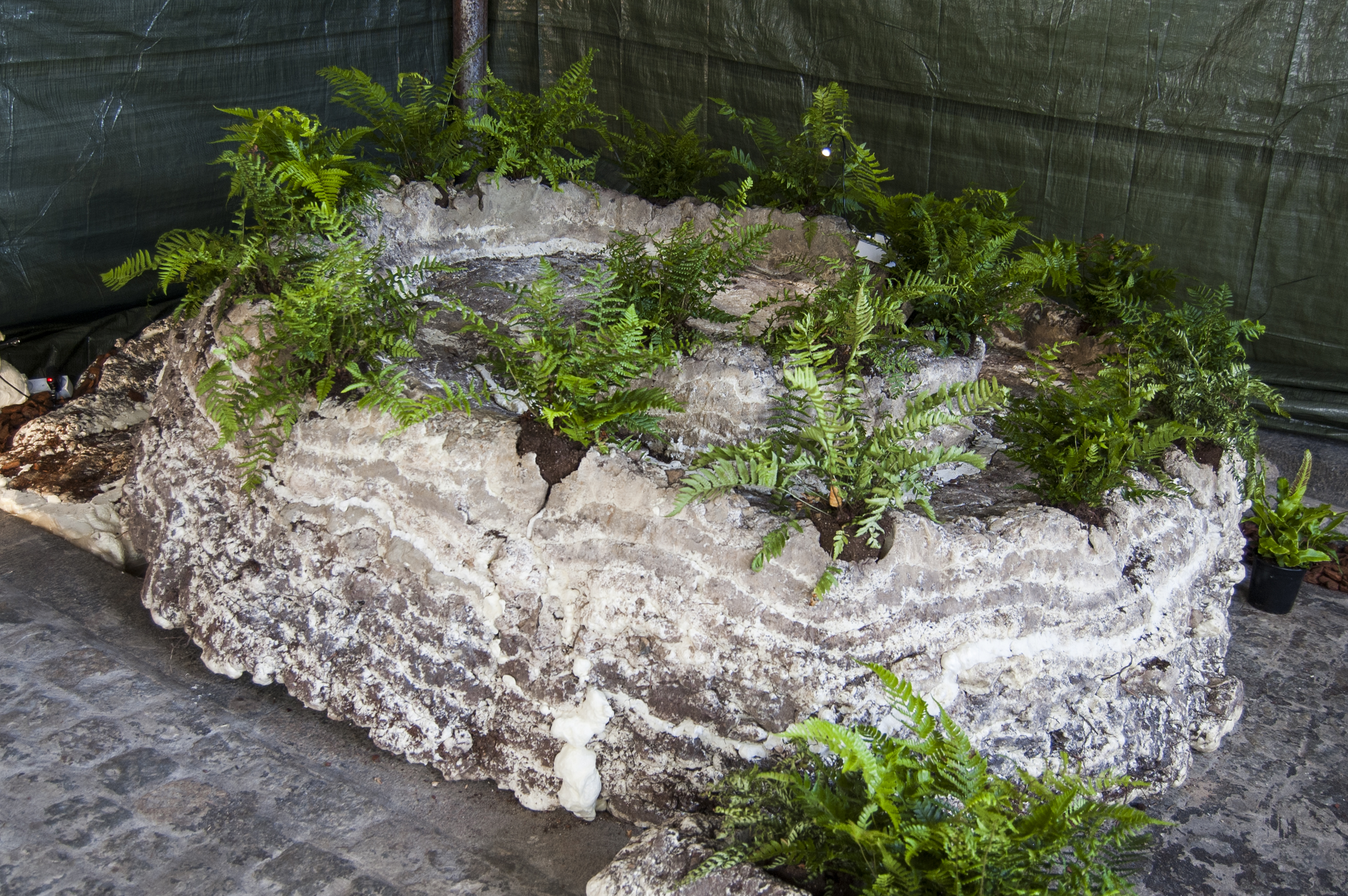 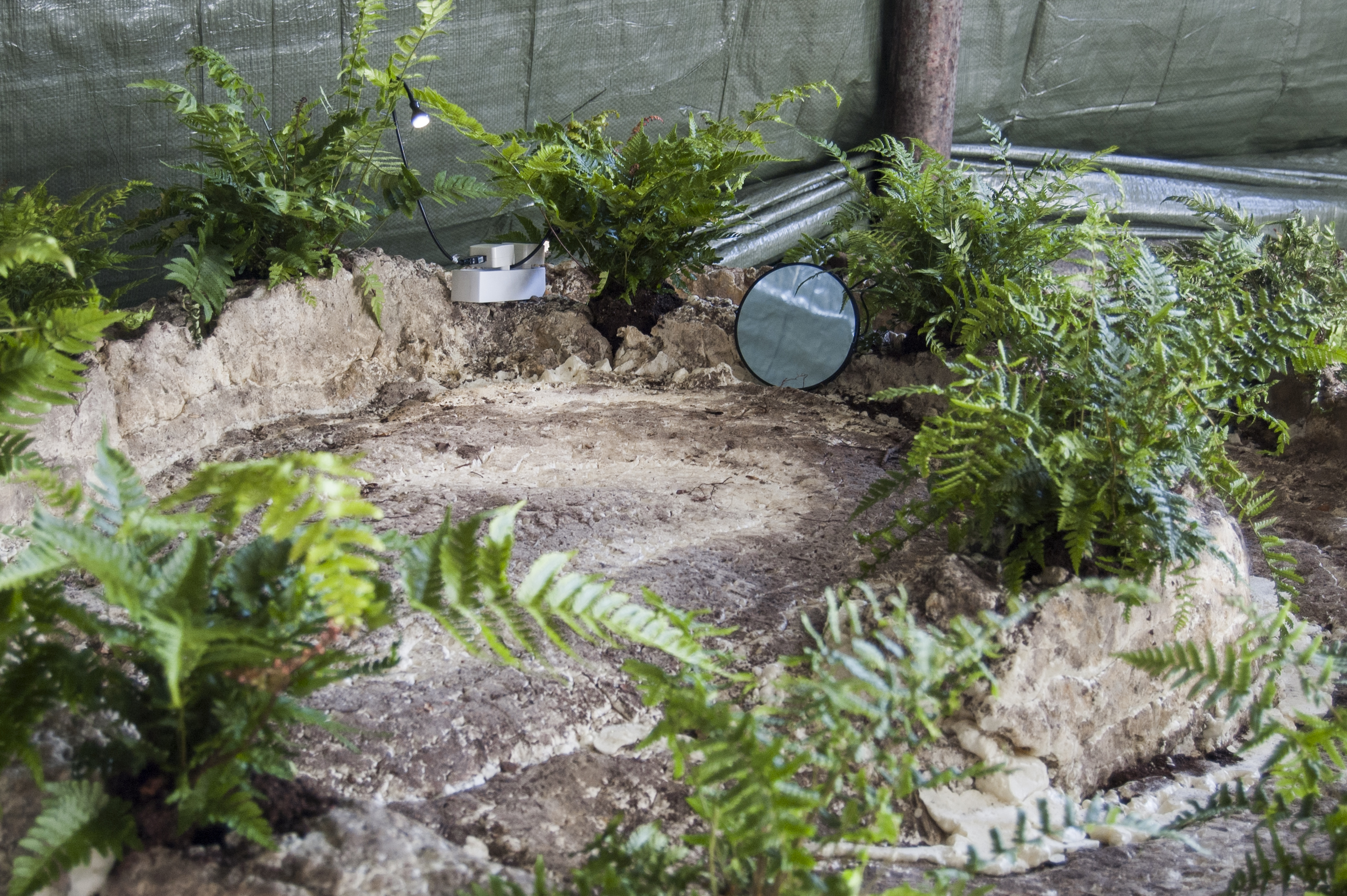 Ferns line the sides of the road that leads to the summit, looking giant from the perspective of the remote controlled robot. At the summit is a mirror where visitors to the exhibition can see “themselves” – or rather, the robot 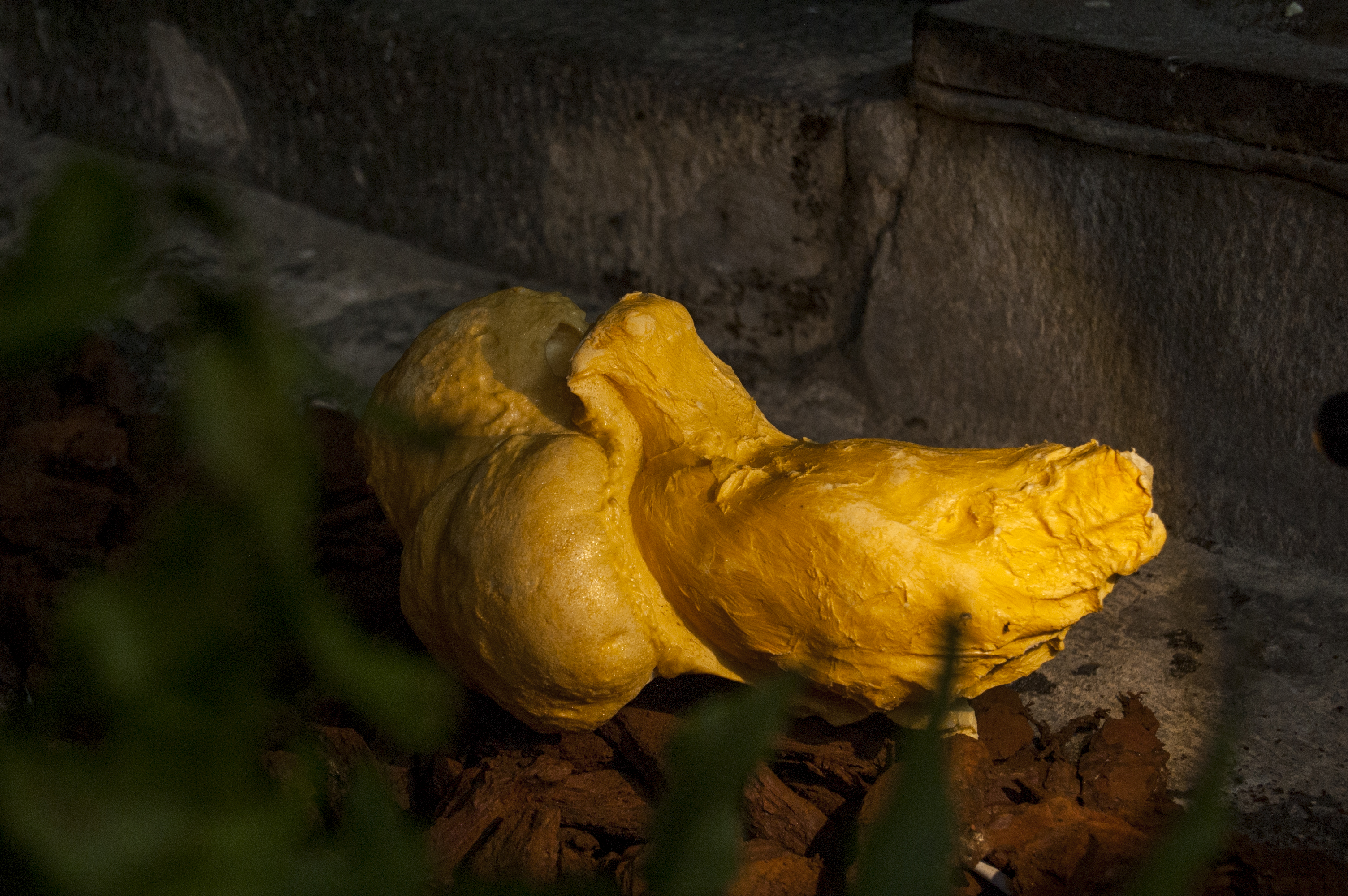 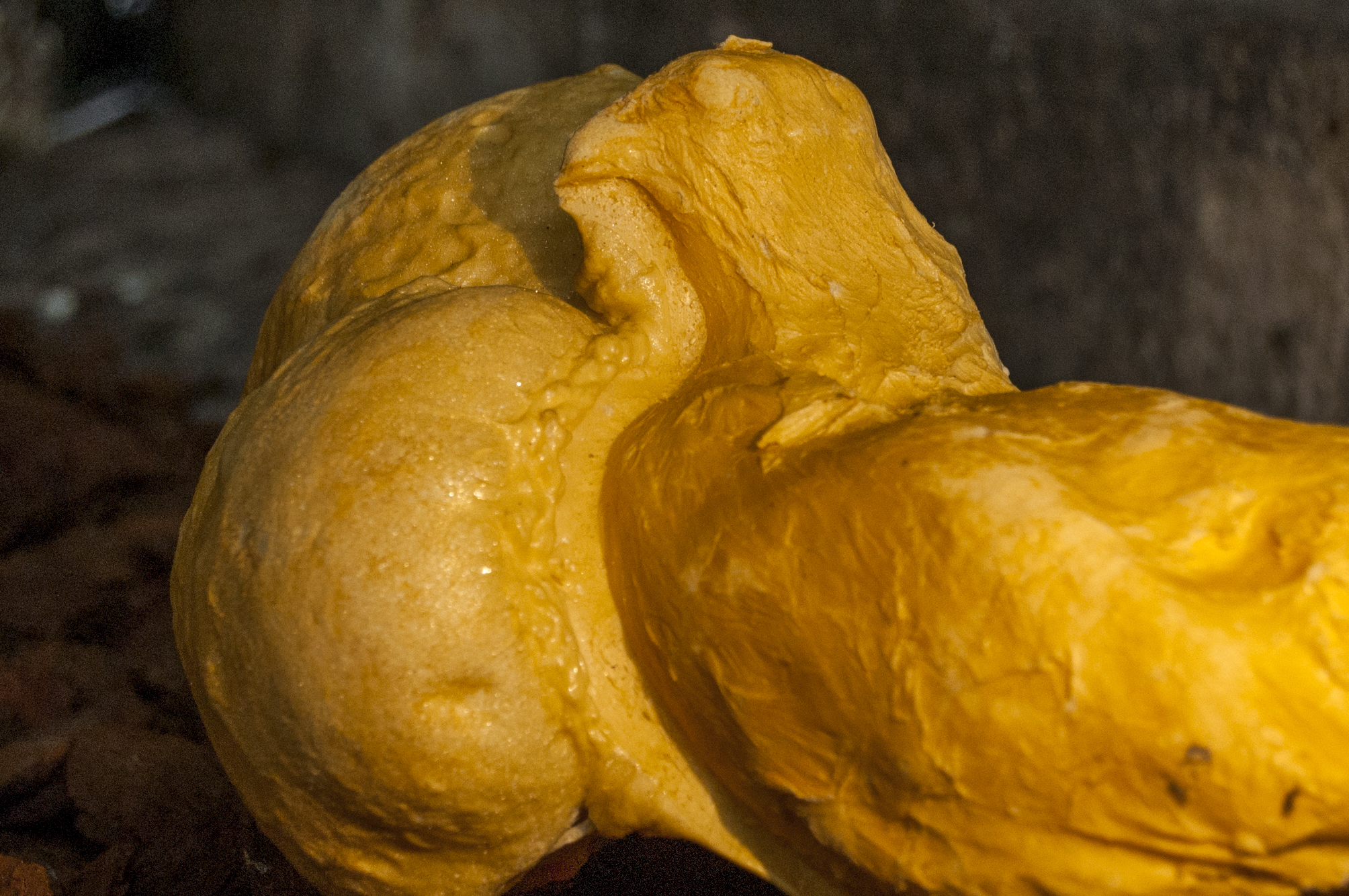 The exhibition contains several casts of animals in polyurethane foam with bulging outgrowths. Here is a partridge. Partridge up close, recreated in the same pose as it was once given by a taxidermist

A cast of a pigeon perches on a pile of bark 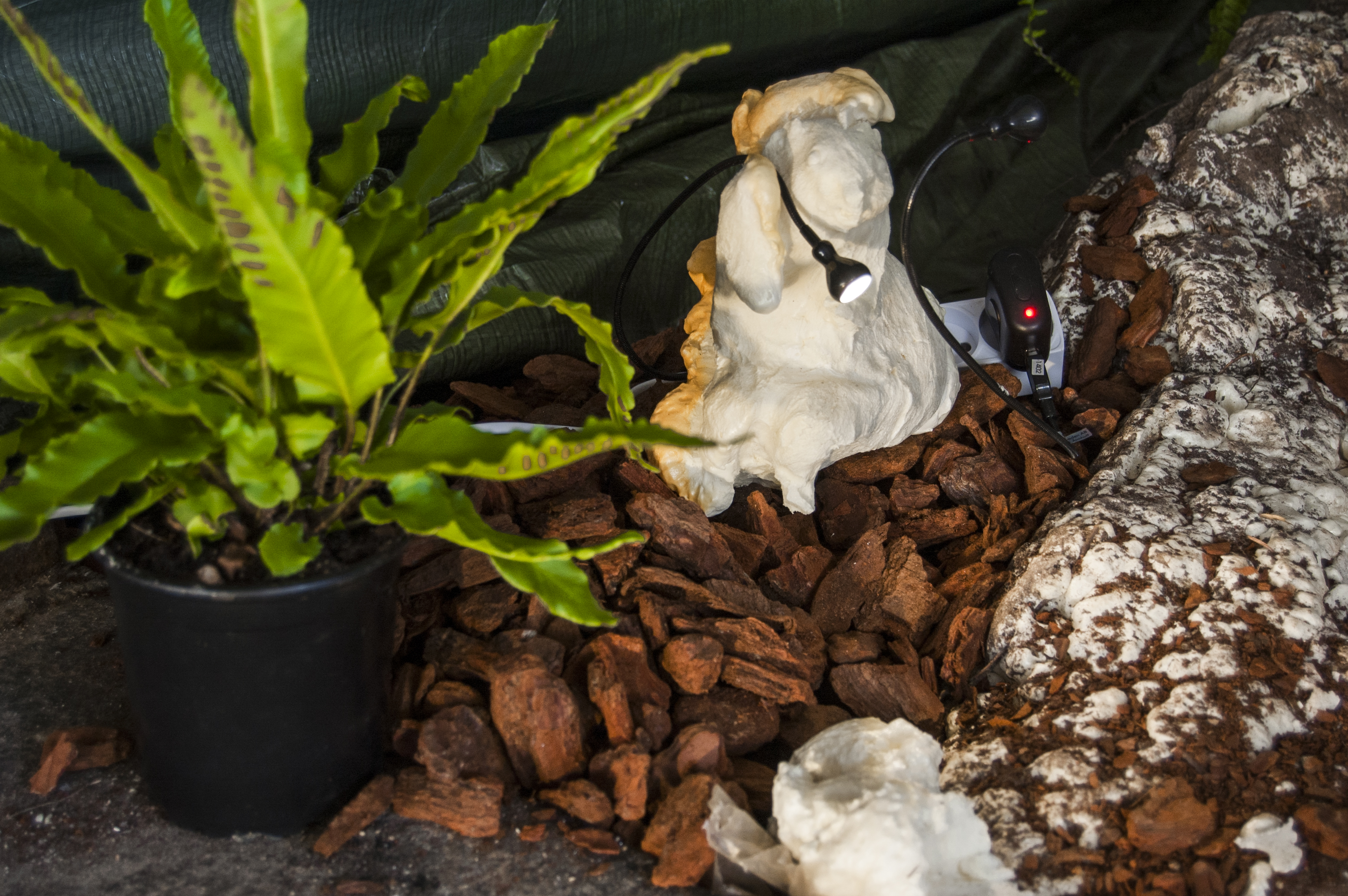 A cast of a squirrel that has been deformed by the expansion of the casting material. The squirrel supports the lamps that guide the visitor towards the sloping mountain road 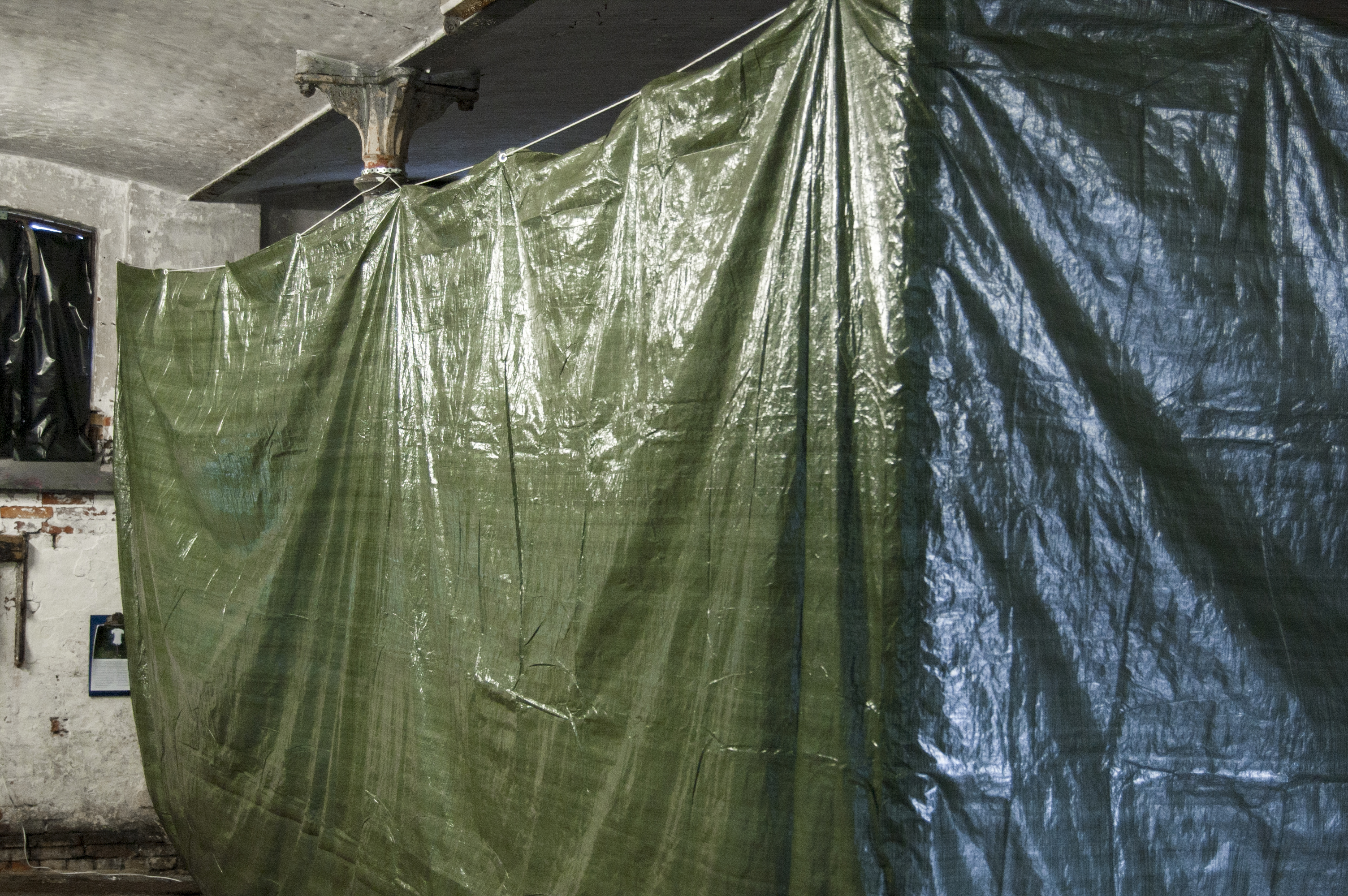 The exhibition space is segmented by a large plastic sheet 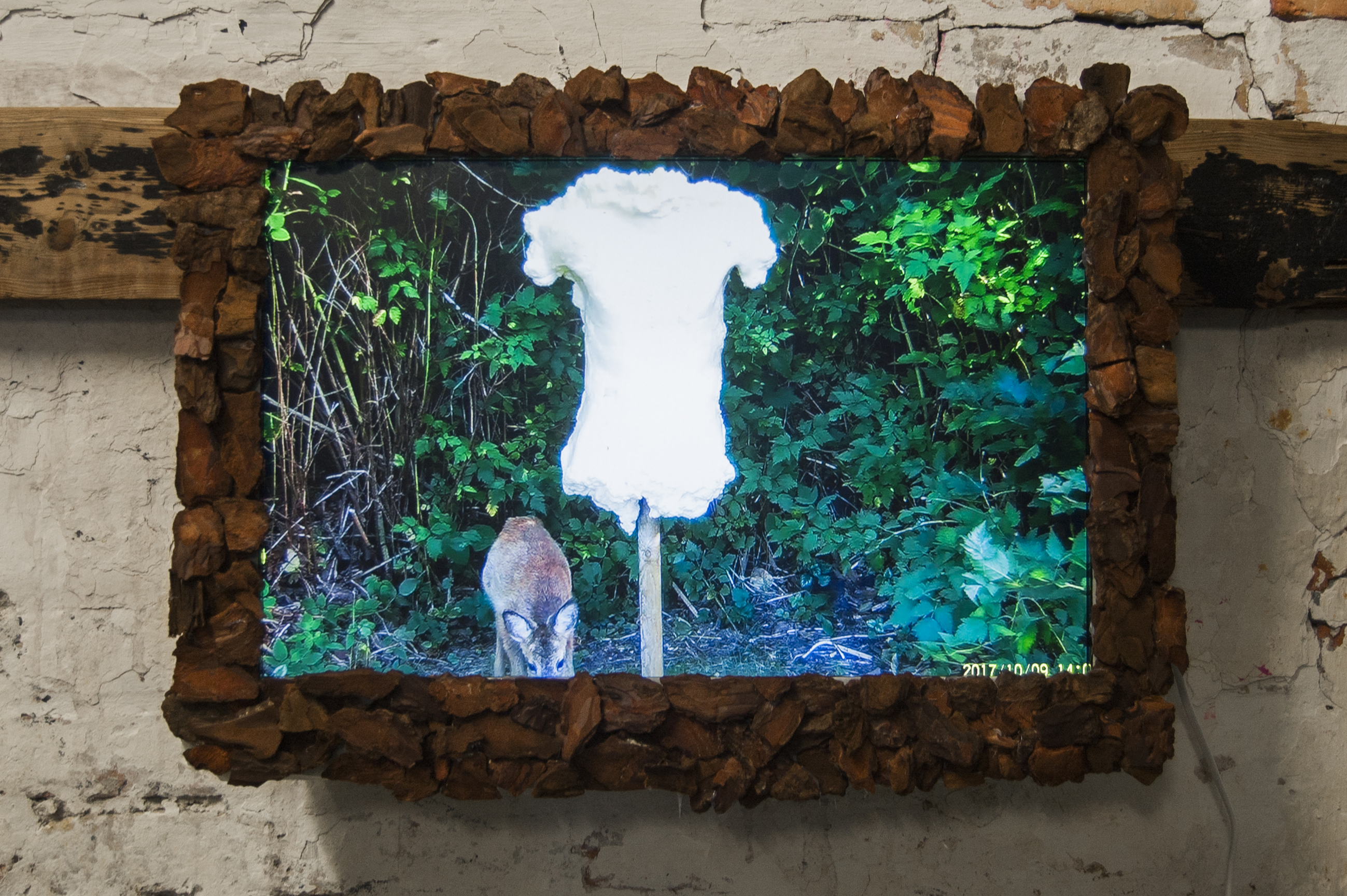 Video footage received from game camera shows deer, titmice, and rats in front of the sculpture 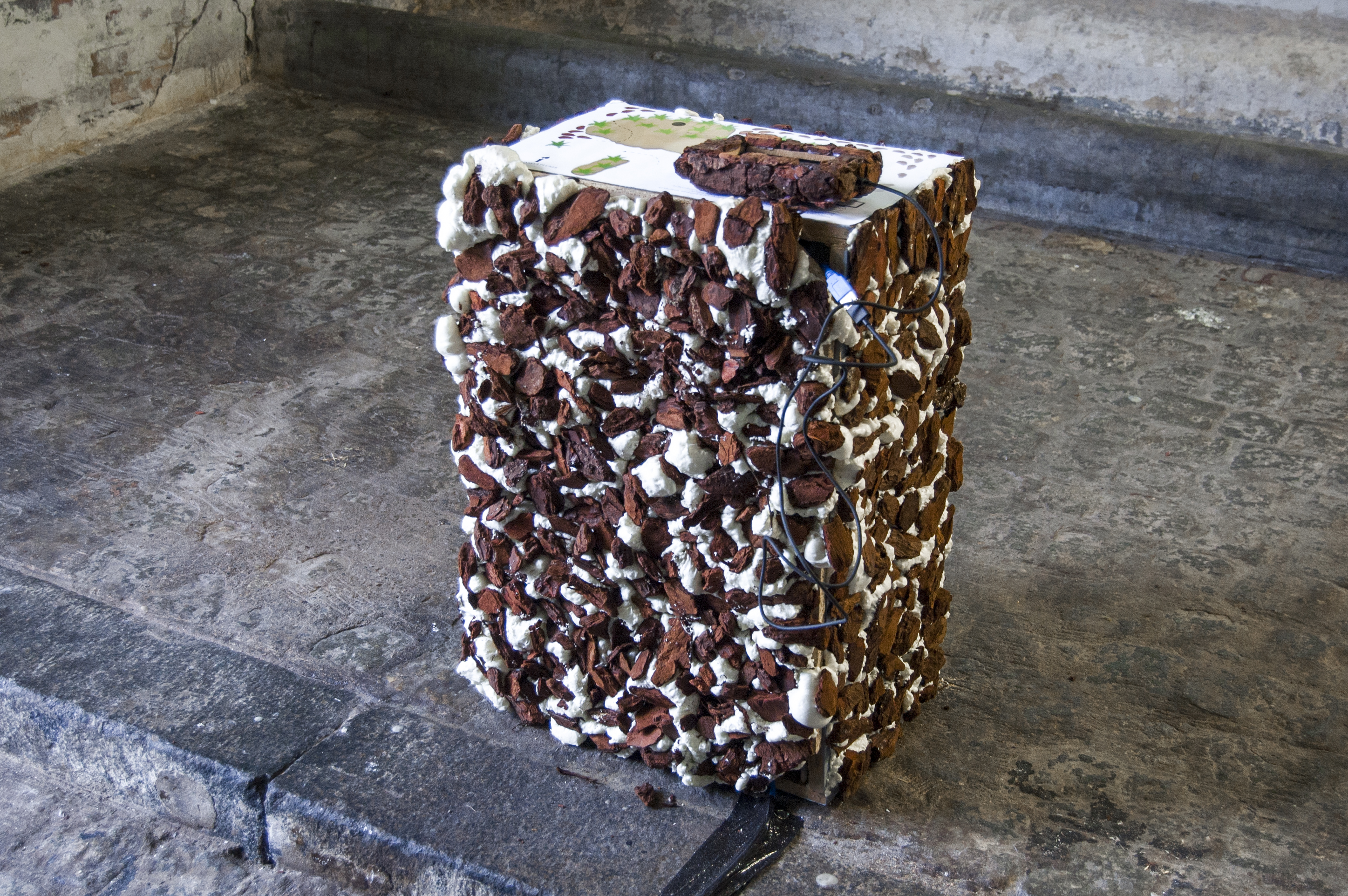 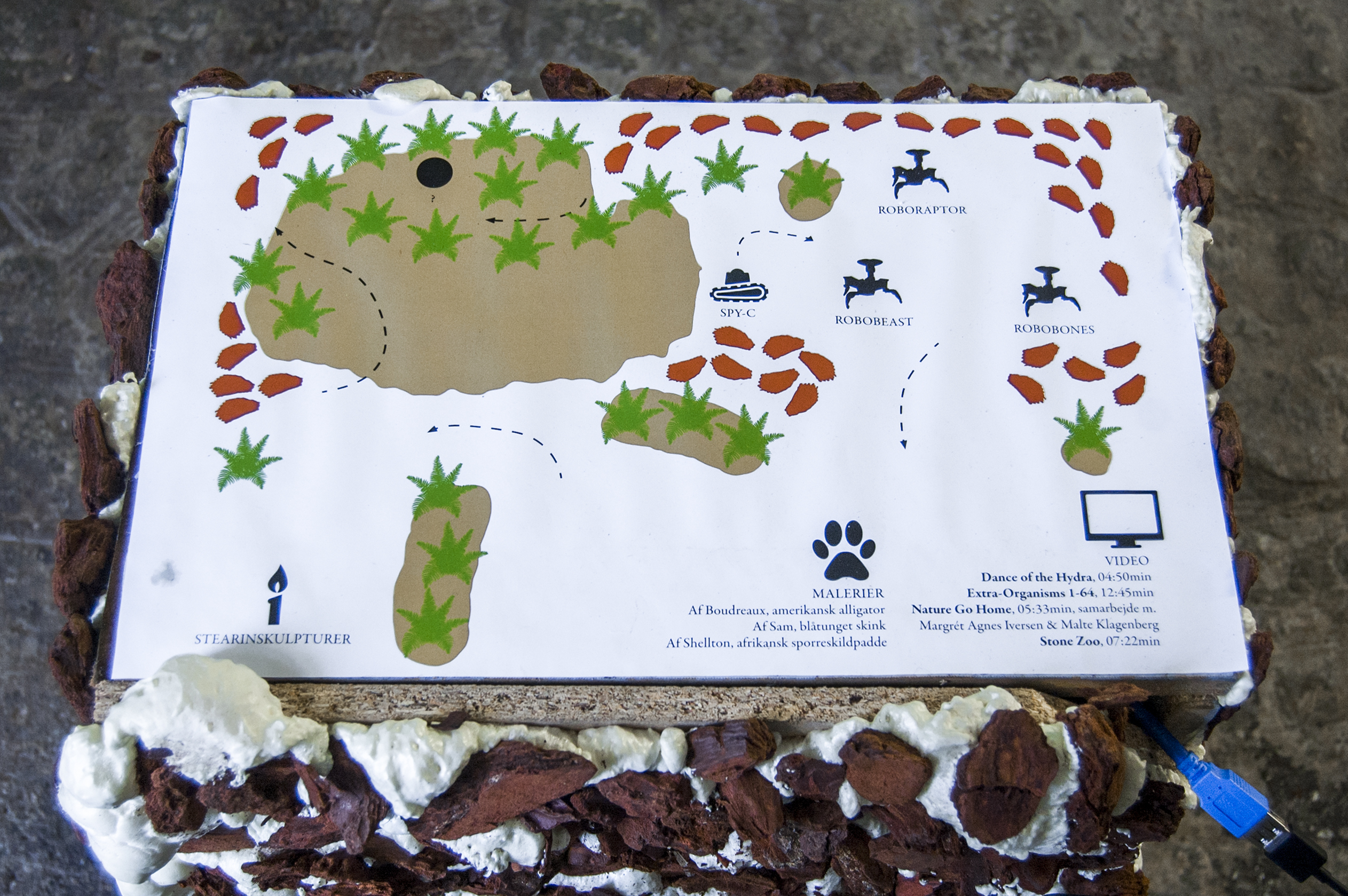 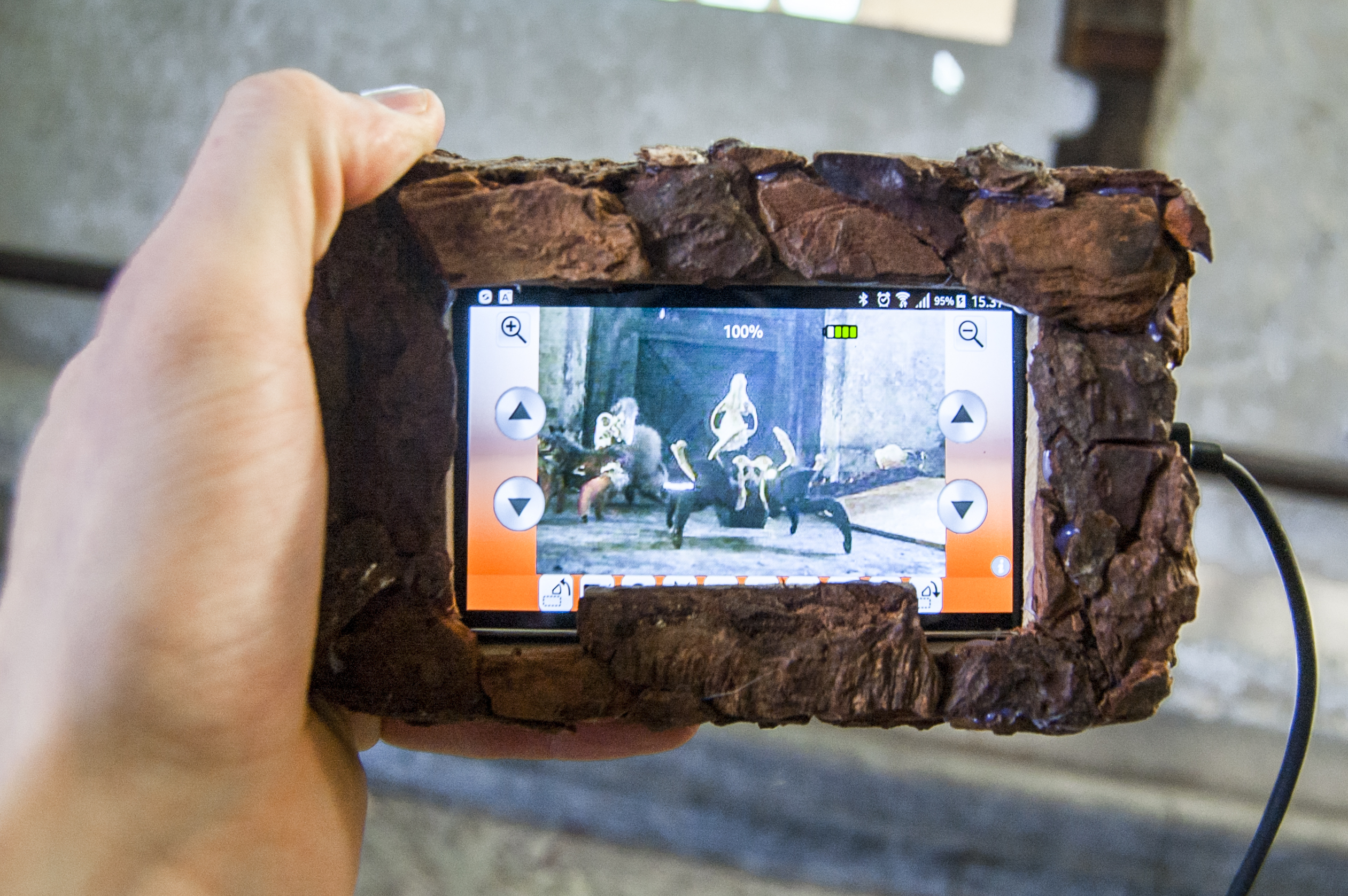