Mr. John Goes on a Holiday – A Story in Smells and Scents 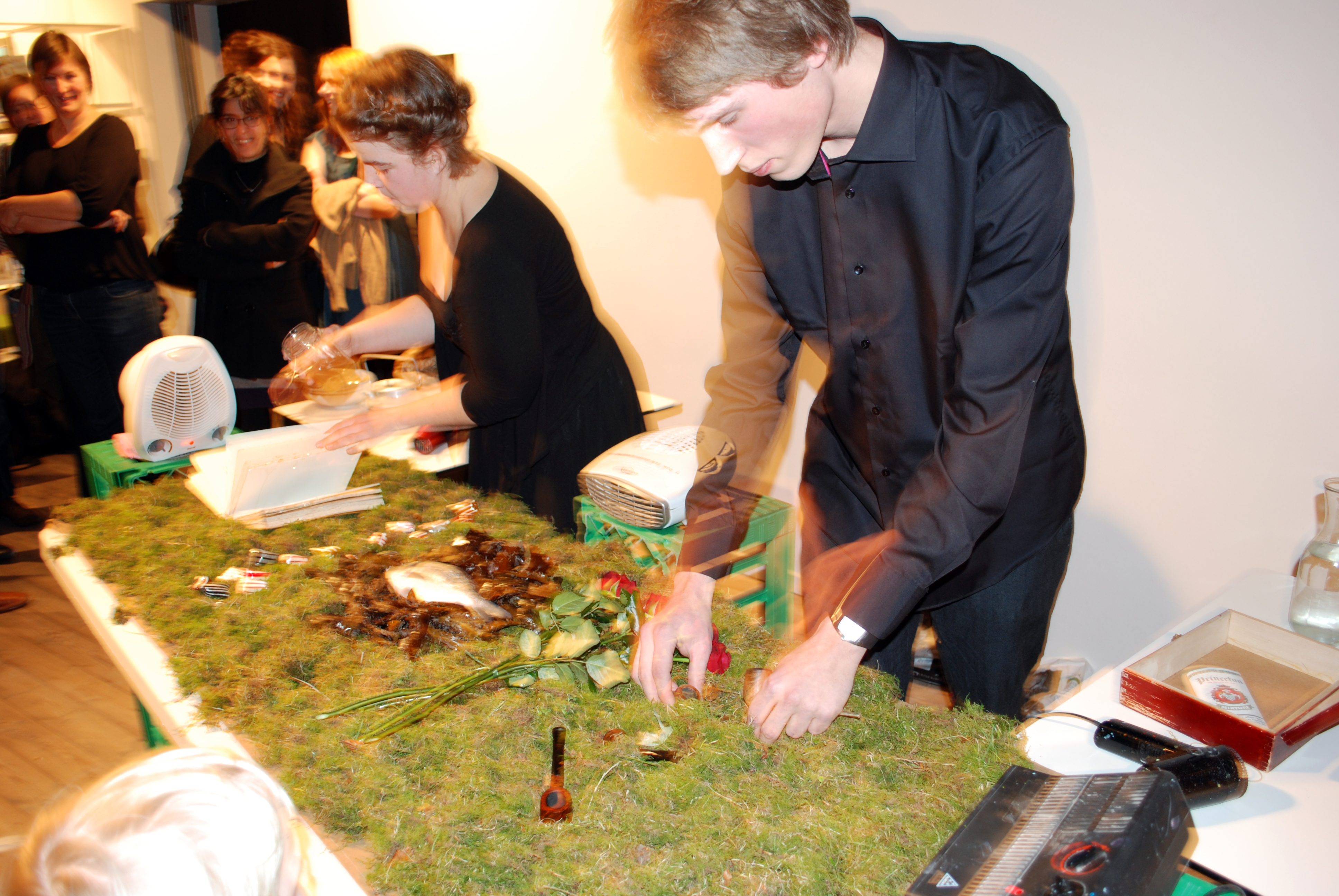 Mr. John Goes on a Holiday - A Story in Smells and Scents was performed in Kunsthal Aarhus on November the 19th 2010. It was at the opening of an exhibition on historical performance art, History of Disappearance, which, title suggesting, focused on the elusiveness of the art form.

The story of the titular “Mr. John” played out through a live table decoration using objects such as: pipes, a fish, a book, roses. candy etc. As they were displayed, the objects were continuously watered and heated with hair driers and fan heaters to produce and circulate smells that changed to form a smelling narrative.

Due to the olfactory nature of the performance, its documentation necessarily leaves something for the imagination.