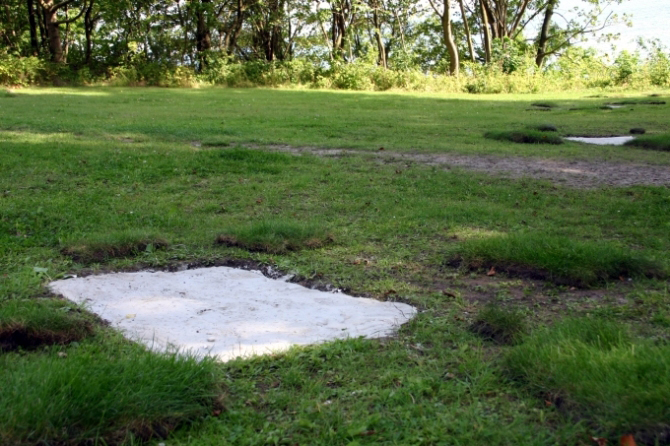 Goodbye, Steinunn (Tribute to the Never-Ending Exhibition), plaster casts of five holes in a lawn where five sculptures by Steinunn Einarsdóttir had previously stood.

Einarsdóttir’s sculptures had been featured in a big, annual outdoor exhibition in Aarhus, DK, called “Sculpture by the Sea“. The plaster casts, meanwhile, were made for a much smaller exhibition, “Something by the Sea“, which took place in the same area and was led by artist Stephan Pascher.

Not long after the opening of “Something by the Sea“, the casts were removed by an unidentified vandal; art history carries on regardlessly.