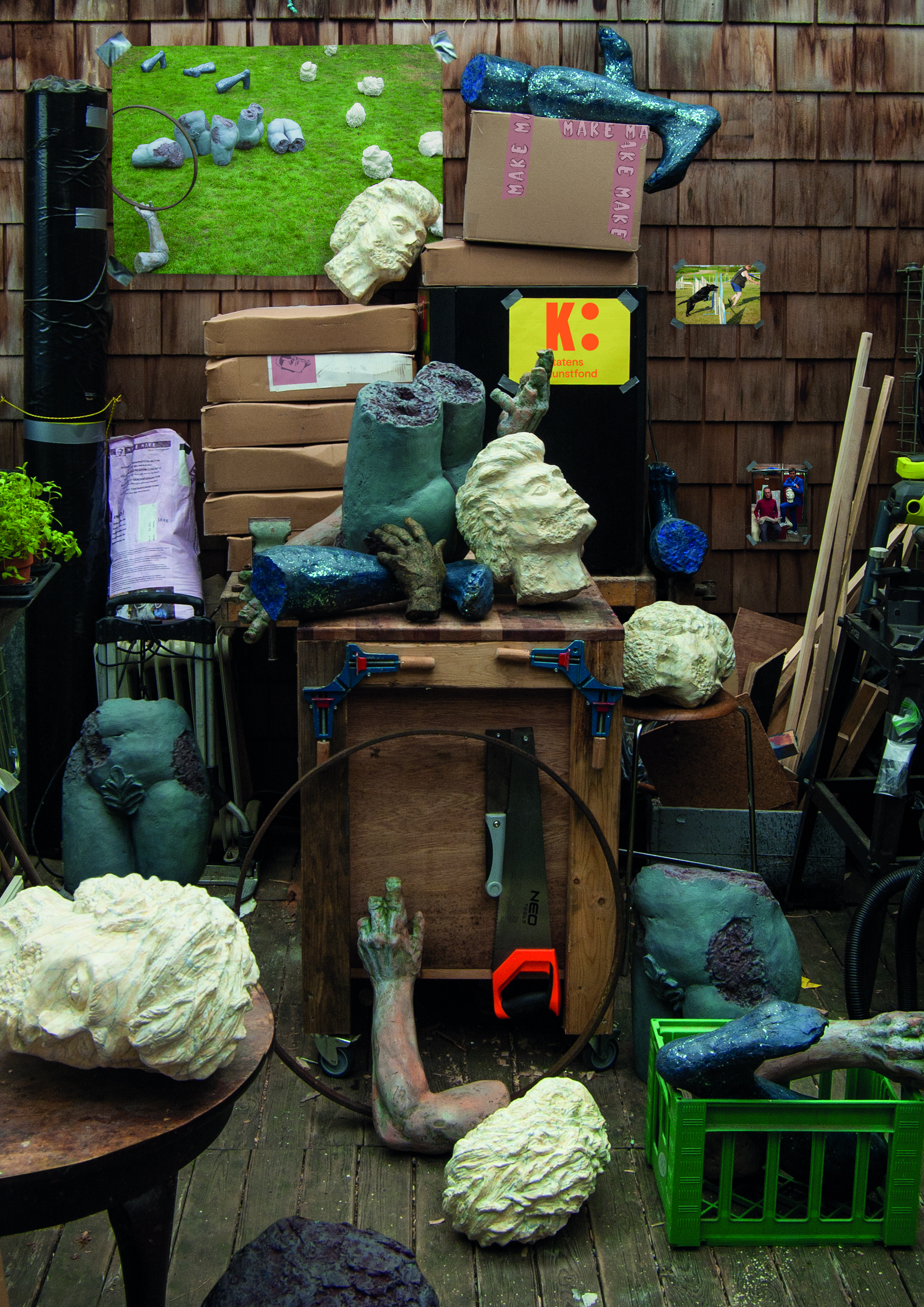 In the photograph above, the work Agility-ruin is seen in artist Malte Klagenberg's studio. This photograph is the only way in which the work has been exhibited.

Originally, Agility-ruin was going to be installed in a small park in Svendborg during the summer of 2020 for the exhibition Tværsnit/SommerSkulpturSøby. Here it was to be a publicly available dog agility course, with the many half-decayed statue parts serving as obstacles. Two professional agility shows were also planned.

However, as the corona virus spread across the world in early 2020, the exhibition was cancelled. In its place, a catalogue was made containing photographs of all the different works – all of them in the artists' studios, reflecting the common state of isolation.

Along with our photograph we wrote:

- Do you (and your dog) long for cultural experiences during this pandemic?

- Have you (and your dog) put on a little too much corona fat?

- Do you (and your dog) have a certain fondness for ruins?

In that case, the work Agility-ruin would be just your thing. Here, you and your dog get culture, workout, plus ruination aesthetics – all in one package.

The work consists of a series of decaying human statues. And these statues also function as obstacles in an agility course with slaloms, stairs, jumps, and much more."